The trainings organised by NCCE and funded by UNICEF under the UN Peace Building Fund were meant to promote civic education to increase inclusiveness and participation in decision-making in grassroots governance.

The theme for the trainings were to empower community structures; and provide the foundation for efficient grassroots governance and sustainable development.

Ansumana Ceesay, senior programme officer at the National Council for Civic Education (NCCE) said considering our political past of a dictatorial regime characterised by lack of democracy, poor human rights and bad governance, it is important that in this new dispensation which aspires to uphold democracy, good governance and human rights, citizens are reoriented, sensitised and educated on their basic civic rights and duties to be able to actively, meaningfully and responsibly participate in governance and development process of their communities and the country at large.

“Being in a transition and considering the fact that we are in an electioneering period, makes it even more crucial to continue to have constant and continuous civic education to increase civic awareness, mass and inclusive participation in both politics and governance, as well as maintenance of peace,” he stated.

He highlighted that despite several efforts, including policy declarations and legislations to promote and encourage inclusive participation in decision making, there still remain huge obstacles to attain the desired goal, hence the intervention by the NCCE and partners such as UNICEF.

Mr Ceesay stated that without extensively and actively consulting and listening to each other especially women, youth and local authorities on their views and needs, policy-making and development processes become one-sided, thus would fail to serve the greatest good of all in the country.

“Inclusive participation in decision making and governance is a human right and is very much in line with our Constitution, the National Development Plan (NDP) and Sustainable Development Goals (SDGs),” he further said.

He expressed NCCE’s commitment to continue facilitating trainings and dialogues of such nature to build harmony and promote participation in the society as well as continue their determination to build and consolidate a mature political culture in which all citizens regardless of gender and age will not only be more aware of, and fully exercise their rights and responsibilities, but also participate effectively in nurturing and broadening our nascent democracy.

The activity follows similar engagements that the NCCE recently rolled out, which brought together women, youths and community leaders and meant to increase inclusiveness in decision making and peace building ahead of the 2021 December polls.

After announcing the reopening of schools, which shall be in two folds in the country, the minister of Basic and Secondary Education (MoBSE) has reiterated that “education is everybody’s business.” 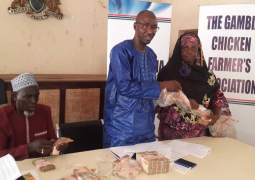 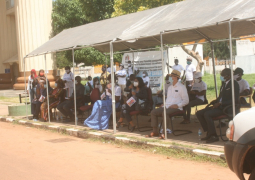