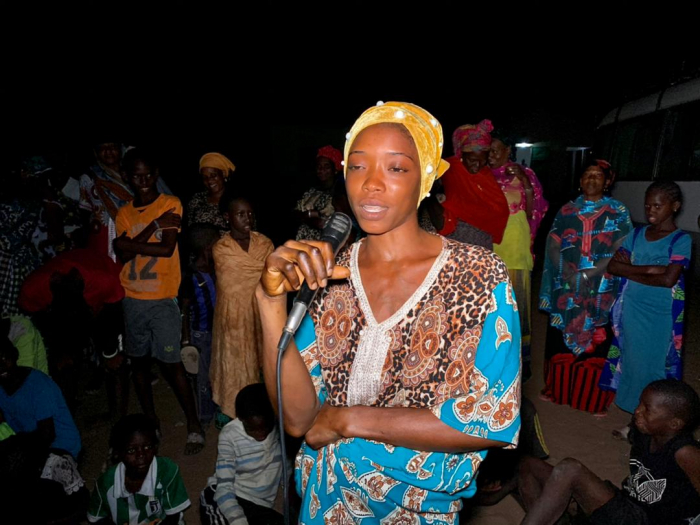 Haddy Jonga, Programme Analyst - Communication at United Nations Population Fund (UNFPA) said the film show is one of the strategies for social mobilisation under the campaign, adding that each day when they plan to visit a community,they go there the previous night to show short films on Gender Based Violence (GBV), SRH including Family Planning so that community members know that the campaign team will be in their community the following morning to offer free Cervical Cancer screening, provision of Family Planning information and services and community outreach on GBV among others.

She added thatthe film show is to ensure different people they target on the campaign are prepared ahead of time.

As part of the film show,communities are engaged on discussions about their understanding of the topics and then given information material to enhance their awareness around the issues discussed.

The campaign aims at finishing the unfinished business in Sexual and Reproductive Health and Gender-Based Violence specifically targeting women, men, adolescents and young people in hard-to-reach communities in Central River Region north, the Baddibus in the North Bank region and the Wuli or Fatoto areas in the Upper River region.

The campaign is being conducted in collaboration with the SOS Mother and Child Clinic, Regional Health Teams in NBR, CRR and URR, Gambia Family Planning Association and the Network against Gender-Based Violence, among others.The significant engagements being held under the campaign also demonstrate the significance of partnerships and collaboration in the realisation of the United Nations Sustainable Development Goals 2015-2030.

A multi-disease approach is being used as an entry-point to promote Sexual and Reproductive Health and address Gender-Based Violence. The activities under the campaign in communities include Cervical and Breast Cancer screening, HIV/AIDS counseling and testing, provision of Family Planning services and information, the Husbands’ Schools initiative which engages male heads of households to strengthen male involvement and school outreaches on Menstrual Health and Hygiene Management targeting adolescent girls, school authorities and boys in order to discourage social stigma around menstruation which perpetuates period shaming.

UNFPA is the agency working to deliver a world where every pregnancy is wanted, every child birth is safe and every young person’s potential is fulfilled. Over the 12-day campaign period, the agency and its partners provide information and services, engage communities and call opinion leaders to action for the promotion and realisation of gender equality, sexual and reproductive health and champion male involvement. 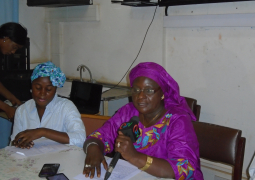 The deputy permanent secretary, programs/projects at the Ministry of Finance and Economic Affairs has acknowledged that president Adama Barrow is committed to reducing poverty and improving the well-being of his citizenry. 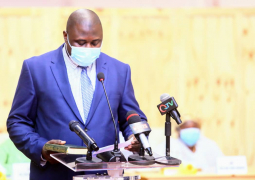 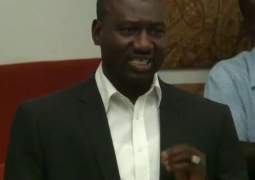 ‘Parliament should not be blamed over rising covid-19 cases’

Sulayman Saho, the National Assembly Member (NAM) for Central Badibou has said that members of the parliament should not be blamed for the rising cases of covid-19 in the country.

The 205th national situation report since the confirmation of the first case of the novel coronavirus disease (COVID-19) in The Gambia, on the 16th March 2020 has indicated the registration of one new case, taking the total number of COVID-19 cases ever confirmed in the country to 3,728.