BANJUL, 11 October 2021: The Ministry of Foreign Affairs, International Cooperation and Gambians Abroad, through the Diaspora and Migration Directorate in partnership with the International Organisation for Migration (IOM), on Monday 4 October 2021 launched a diaspora mentorship program held at Senegambia beach hotel.

The aim of this mentorship program is to promote skills and knowledge transfer to government institutions and make the best use of the know-how and enthusiasm of Gambian professionals from the diaspora as valued partners for national development.

The Permanent Secretary at the Ministry of Foreign Affairs, International Cooperation and Gambians Abroad, Mr. Sulayman Omar Njie said the role of the Gambian Diaspora has become increasingly critical and crucial in promoting sustainable development in The Gambia. He further said the Diaspora and Migration Directorate was established at the Ministry of Foreign Affairs to Promote, Support and Facilitate consultative, Productive and purposeful engagement of the Gambian Diaspora in national development. “Gambians at home and abroad are the single most important assets of this country,” Permanent Secretary Njie posited.

He stated that the role of the Gambian Diaspora in national development has won unprecedented recognition from the Ministry of Foreign Affairs, International Cooperation and Gambians Abroad and that it is fast becoming a worldwide phenomenon.

Permanent Secretary Njie used the opportunity to express his appreciation to the International Organisation for Migration (IOM), pointing out that IOM has always been a good and strong partner of the Ministry of Foreign Affairs. He added that the Ministry, through the Diaspora and Migration Directorate, will continue to work closely with IOM to facilitate and implement priorities relative to diaspora engagement as stipulated in the National Development Plan 2018 - 2021. He congratulated the Mentors and Mentees and also wished them a successful mentorship program.

In his welcoming remarks, the Director of the Diaspora and Migration Directorate, Mr. Musa Camara welcomed the Permanent Secretaries, Chief of Mission-IOM, Senior Government functionaries, Gambian experts from the diaspora, Staff of IOM, and the Media fraternity. He dwelt on how the directorate is mandated to facilitate structured and optimal interface, between government and the Diaspora and also how it will take the lead in developing and implementing a Diaspora Strategy that will facilitate Diaspora investment, create a Diaspora Development Fund, promote circular and labour migration and mainstream diaspora expertise for sustainable development amongst others.

“The Diaspora and Migration Directorate works closely with the Ministry of Interior and the Office of the Vice President to facilitate effective intergovernmental and inter-agency collaboration regarding the implementation of The Gambia’s Migration Policy,” said Director Camara.

For her part, the IOM Chief of Mission Ms. Fumiko Nagano expressed IOM’s appreciation to the government of The Gambia, in particular the Ministry of Foreign Affairs Diaspora and Migration Directorate for the thoughtful leadership of making the mentorship program a success. She also thanked the Ministry of Youths and Sports, and the Ministry of Health for the excellent collaboration.

It could be recalled that In September 2017, the President delivered a Diaspora Policy statement, which highlighted key commitments including the expansion, enhancement and optimization of the role of the diaspora in national development as valued partners. 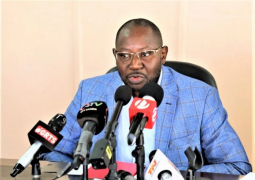 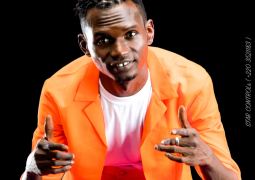 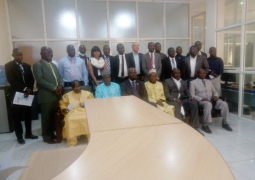 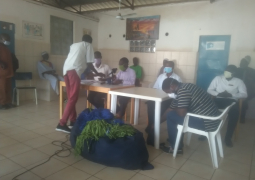 In complementing government efforts to control the spread of the coronavirus pandemic in the country, Project Aid The Gambia recently donated 11,000 washable and re-usable face masks to 27 health facilities in the North Bank Region. The ceremony was held at Buniadu health center.