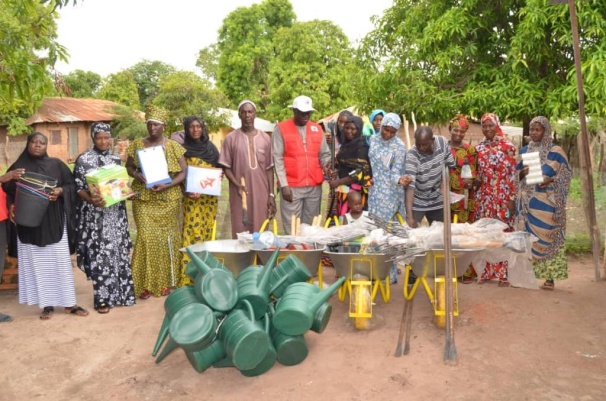 The project, which seeks to enhance the livelihoods of the most disadvantaged women to have access to reproductive and sustainable resources, was jointly implemented with the Spanish Red Cross with funding fromthe European Union. It created an enabling environment for gender equality, equity and women's empowerment to bridge the gender gap by empowering women with livelihood skills and knowledge while enlightening men on the need to support their counterparts.

The project prioritized gender awareness-raising in the region. The women beneficiaries, village heads (alkalolu), religious and opinion leaders were trained on gender equality and related issues but most importantly, the project created a “school of husbands” (SoH) platform;to encourage men assume responsibility for their sexual and reproductive behaviour, as well as their family roles at social level.The training covered various topics, such as the need to support women in leading their own development agendas, taking part in decision-making processes at village level, enforcing their bylaws, etc. An average of 22 attendants per community who are husbands to the direct or indirect beneficiaries attended the training for 12 months.

The women beneficiaries of the project were provided with the necessary infrastructure and materials to start their professional agricultural cooperatives. They were provided with livestock, seeds, fruit trees and farming materials. An irrigation system was successfully installed in all 5 communities and the gardens fenced. They were trained on business, mix-farming and livestock management, risk reduction, eco-tourism, food processing and product conservation, and they in turn stepped their newly acquired knowledge down to the community level. Literacy classes were also conducted successfully in all the target communities for 9 months.

The project impacted the lives of 14,957 people including 7,736 women through radio programmes on men’s role in transforming negative patriarchal stereotypes and their contribution for gender inequality

The programs dealt with and discussed different gender topics, giving voice to alternative viewpoints on reproductive health, women's rights, sexual education, STI, etc. The fact that GRCS volunteers speak several local languages has made these programmes more successful, as people of all sorts of ethnic origin were able to participate in the discussions.Each week, different guests would be brought to the program, hundreds of radio listeners’ calls were dealt with, and a drama was played. This was done alongside social mobilization carried out byvolunteers of The Gambia Red Cross Society.

Alot of progress has been done towards enhancing most disadvantaged women have access to productive and sustainable resources in Kiang West District, in an enabling environment for gender equality, equity and women's empowerment. All five women cooperatives so far have improved their capacities to potentially improve their productive and sustainable resources. The cooperatives have been legally established, official transfer of land has been carried out, assets have been distributed and infrastructure is completed.

According to women in the target communities, positive behavioural changes have been observed among the male population from a gender perspective, and the men themselves in all five communities appreciate the value and the need of such an initiative. This comprehensive action, under the framework of the Red Cross’s overall intervention in The Gambia, is already positively contributing to support social economic initiatives through improved jobs and other incomes activities for the most disadvantaged women of Kiang West. 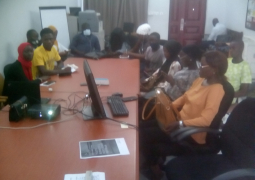 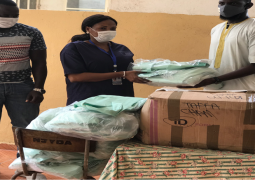 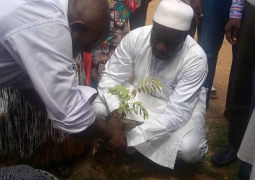 
A one-time mayor of Kanifing Municipal Council, Kebba Jallow has suggested that Gambia government, politicians and civil society organisations form a united front in the fight against the global health threatening disease, coronavirus in the country.