In Jarra Soma, LRR, the organization engaged young mothers and adolescents by sensitizing them on the importance of Family Planning and the risk involved in FGM, Early Marriage, unwanted pregnancies, and unsafe abortions.

However, it was realised that in this region, young people are sexually active but not very much aware of the importance of using contraceptives. In order to achieve its objectives in disseminating information, the organization conducted capacity-building training for health personnel and Family Planning Officials attached to Soma District Hospital to boost the sensitisations.

The Fantanka team, led by its founder, Mariama Jobarteh visited Jarra Jappineh and interacted with women working on their rice fields on the dangers of early marriage, FGM/C, child abuse, and the necessity of venturing into Family Planning.

After keenly listening to the presentations one of the women said it is important for family members to allow short-birth spacing because it makes both the mother and the child to have good health.

She added that the visit to their rice field was a sign of inclusion on the said issues affecting their community, the girl child in particular.

According to National Statistics, the Region has the highest rate of Sexually Transmitted Infections (STIs), mainly because of Transits Points like Soma and Wellingara-Ba Lumo which attract different pedestrians.

However, there are so many misconceptions on the usage of contraceptives by unmarried sexually active girls and women married.

A group of young women gathered somewhere in Soma are of the view that young girls should not use contraceptives while others are of the view that it is better to use them than have an unwanted pregnancy which may eventually lead to the girl dropping out of school. The challenge of girls; mainly students that do not know what to do when caught up with mensuration at schools was highlighted.

Students of Tahir Ahmadiyya Senior Secondary School were also visited and close to a thousand students were sensitized on their Sexual and Reproductive Health Rights, how to avoid unwanted pregnancies, unsafe sex as well as the dangers of early marriage and FGMC. Interestingly, students were keen to listen and see demonstrations on how unsafe sex could be avoided.

After the presentations, a student from the school, Yusupha Darboe recited a poem on teenage pregnancy to better enlighten his fellow students about the dangers of teenage pregnancies.

According to them, another factor of early marriage in their community is because girls are sexually active and it was observed that the majority of young mothers are pregnant. Putting into consideration the number of communities visited, the team got more people than expected.

Similar messages were disseminated in Kiang Kwinella and Pakalinding. Health personnel revealed that diseases like fistulas are affecting some women because of early marriage, while FGM/C affects a lot, especially during childbirth.

Elsewhere in URR and CRR, Fantanka had a discussion with them with regards to these justifications and was able to convince them to quit FGM. Also, Fantanka was able to talk to them about early marriage and the consequences.

Notwithstanding, the effects that the child may go through, parents in URR mentioned that they would rather have their children married at an early age than have her get pregnant outside wedlock and bring shame to the family. This was the main justification they came up with asides poverty. With that justification, Fantanka was able to convince them to engage in parent-child conversations in order to strengthen the relationship between them so that the child will not hesitate to discuss any issue she’s engaged in.

In most of these communities, participants claimed that they have not seen the female condom before until it was shown to them and demonstrated how it should be used while boys in the area expressed the difficulties they face in getting access to condoms. They claimed that condoms are not available to them and if they go to the pharmacy to get a condom, they are normally told by the pharmacist that they are under-aged. 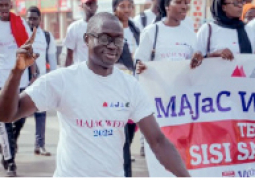 Media Academy for Journalism and Communication (MAJaC), a non-profit institution under The Gambia Press Union (GPU) to strengthen democracy through broad based and high quality professional training for media communication specialists, last Monday held it first ever students’ week. 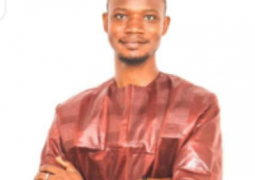 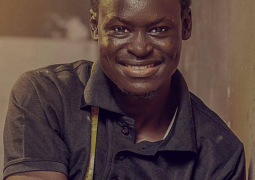