As the spread of COVID-19 pandemic continues to threaten the world, National Assembly Member for Brikama North, Honorable Alhagie S. Darbo in collaboration with his two Ward Councilors, over the weekend kicked-off a community outreach and presentation of items to their electorates under the patronage of the NAM.

The exercise that kick started at Kembujeh Ward was led by the Honorable Councilor Alieu K. Darboe, where the delegation visited the Alkalo of Serrekundanding, Sulayman Badjie and the VDC to briefly sensitize and present them with hand washing buckets and detergents.

In a brief remark, Councilor Darboe said as elected representatives of the people, they found it necessary to reach out to the people during this difficult moment, saying the NAM has delegated him and the team to dispatch his message to them over the issue which is a concern to any committed leader.

Momodou Camara, Ward Chairman, Saikouna Sanneh and Kaddy Jammeh all described the presentation as humanitarian gesture from their representatives.

Serrekundanding alkalo, Sulayman Badjie said both the councilor and the NAM are leaders par excellent, noting that since assuming leadership, the duo have been playing pivotal role in supporting their people.

On Day two of the sensitisation which started at Taibatu village in the Nyambai Ward, was witnessed by NAM Darbo, and other senior members of the Brikama North Management Committee. NAM Darbo told the respective villages that his main aim is to promote development in consultation with his two councilors who are the grass root representatives of the people. 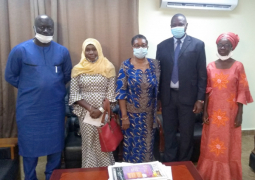 Dr Ayele Adubra, Technical and Vocational Education and Training (TVET) Consultant at UNESCO-KOICA project in The Gambia on Wednesday paid a courtesy call on the Permanent Secretary, Louis Moses Mendy at the Ministry of Basic and Secondary Education. 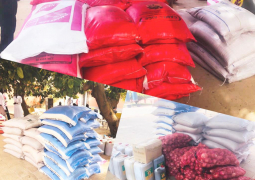 Qatari philanthropist donates food items worth over D2.5M to Gambians

A Qatari philanthropist, Muhammed Al Noimi on Thursday donated food items worth over D2.5 million dalasis to needy Gambians across the country. 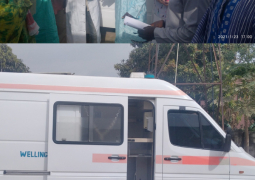 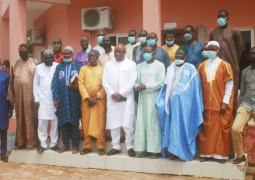