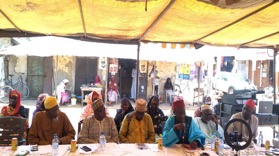 The 115 paged-book basically throws light on the rich cultural heritage of this coastal community, while calling on all to preserve its rich history, as amply depicted its cover.

According to the author, the objective behind the undertaking is to shed light on the origins of Gunjur, and how it finally evolved into of one the earliest Islamic settlements of the Kombos.

Touray explained that there is no way one can talk about the origin of Gunjur without mentioning Matora Touray (Sheikh Ousman Touray was his real name.)

“There was no Gunjur in the Kombos before the arrival of Matora from Mali. I have been longing for this great work, but due to many hurdles, it could not be done earlier,” he said.

He pointed out that most of the information used in writing the book were obtained through oral history from some elders.

Touray urged natives of Gunjur to unite, consult elders on key decisions, support their VDC, and not allow politics to divide them.

Manding Ceesay, who was the author’s former principal, said knowledge is eternal and uninhabitable, never wasted or lost, saying wherever it is there is light.

He described the book as a plus for Gunjur, further urging young people to desist from the ‘back-way’ journey and make their youthful years useful.

Touray in 2009/10 obtained a Diploma in Banking and Finance at Trust Communication Institute. He also holds a Higher Teacher’s Certificate in Social and Environment Studies as a major and General Science as a Minor from The Gambia College, School of Education in 2007.

The launch ceremony held at Gunjur market square brought together high profile dignitaries including educationists, NAM, chief of the district, alkalo, elders, youth, women, Village Development Committee members of the community, among others. 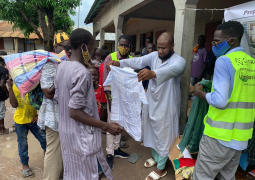 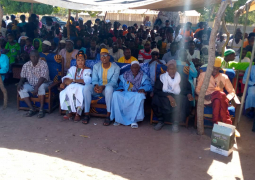