The training held at the National Museum, Banjul, was sponsored by the Youth Empowerment Project (YEP) in partnership with the Austrian Embassy in Dakar that provided financial, technical and coordination support through the National Centre for Arts and Culture (NCAC) and Institute of Travel and Tourism of the Gambia (ITTOG).

Speaking on behalf of the minister of Tourism and Culture, Hassoum Ceesay, Director General of National Centre for Arts and Culture congratulated the staff of the museums for their ability to complete the training.

He gave a background of the training; its advantage and its importance to the graduates while adding that training of museum staff before that one was last held in 2004, “over 17 years ago.”

DG Ceesay noted that museums play vital roles in tourism, cultural identity, and in conservation of the heritages, while noting that during the training, participants were trained on different areas which included museum conservation, exhibition design, tour guiding and oral history among others.

He reiterated that of recent times, there has been a decline in museum training compared to past few years, “Therefore what you have just concluded is a great opportunity for you.”

The director general thanked all partners and the lead trainer for her willingness and dedication to travel down to The Gambia to conduct the training.

Ngoneh Panneh, programme officer, Tourism and Creative ITC, said ITC recognises the value of museums as a great treasure of human civilisation representing the essence of national history and culture that allows generations to continue to learn the country’s history, preserve the heritage and pay tribute to those that sacrifice to build a nation.

Beyond that, she said museums are institutions of neutrality demonstrating the power of knowledge, and for gathering the collective memory of mankind as “they inspire people to be more creative and innovative, help advance the whole society through creativity, promotion of peace, creation of employment, and an institution for education of youth and children.”

Looking into cross sectoral synergies, Madam Panneh highlighted the contributions of museums in the tourism sector in terms of attracting visitors to communities, sharing of the country’s history, values and culture, while continuing to sustain heritage to support employment and income generation.

So, “you are now required to be more strategic, to embrace the concept of sustainability, innovative and build the capacity to integrate interesting and yet relevant artifacts in your collection,” she told the graduates.

Madam Panneh also used the occasion to thank partners – NCAC, ITTOG and Austrian Embassy in Dakar, the European Union for making it possible for ITC through YEP to provide funding for the programme.

Mr. Sheikh Tejan Nyang, head of School ITTOG thanked the trainees for being the first to take part in the programme.

He noted that over the years several programmes have been put in place to ensure that heritages are preserved; noting that “as a result of that, the training programme was developed to ensure that you the custodians of this heritage sites are fully trained to be able to interpret history and essence of the existence of the heritages.”

Mr. Nyang as well thanked partners for having the confidence in them to coordinate the course.

Fatima Fall Nyang, lead trainer from Centre for Research and Documentation, Senegal, thanked the partners for the opportunity given her to train the participants.

She reminded them to make use of all that they have been taught regarding preservation, exhibition, and documentation among others.

Coconut contributes to fight against covid-19 in Gambia 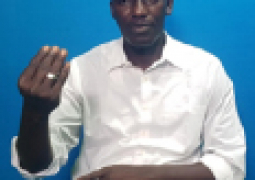 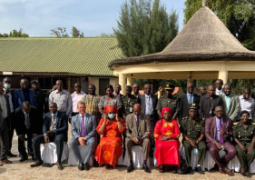