Winners of the Art Bantaba 2020 competition organized by the National Centre for Arts and Culture (NCAC) in partnership with Daughter of Africa Foundation (DOAF) were on Thursday awarded certificates. 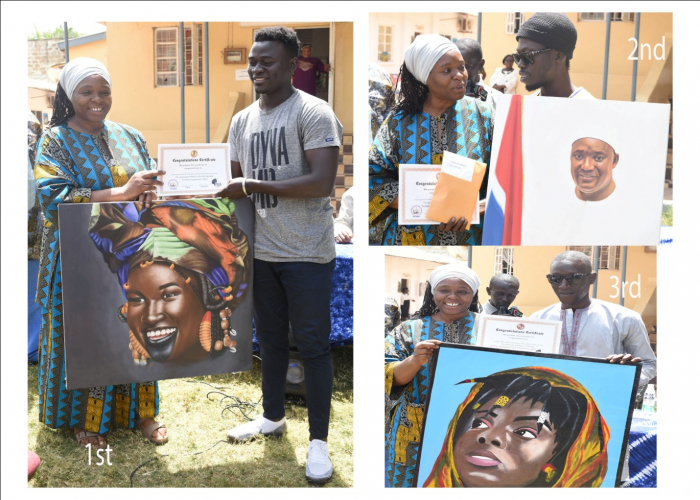 The award ceremony took place at the National Museum garden at the Independence Drive, Banjul.

The Gambia Portrait Competition known as Art Bantaba Competition 2020 was launched in November, 2020 through the medium of painting and drawing. It was an opportunity for artists to participate, as it was opened for established artists in The Gambia.

Laid down criteria for submission of individual work requested the work to be in canvas size up to 72cm, and executed in paintings and drawings only.

However, 50 entries were received before the closing date - 29th January 2021, while other 24 entries recorded later after the deadline.

At the award ceremony, Hassoum Ceesay, Director General of NCAC expressed delight with the talents exhibited by Gambian artists.

He recalled that for the past five months the NCAC has worked had with the Daughters of Africa to bring this to fruition.

Through this contest, he said, NCAC has been able to harness and hope to nurture the raw fine arts talent in this country, saying the realist painting displayed by the contestant has shown that Gambian youth have great and promising talent in the fine arts.

DG Ceesay maintained that the intention of NCAC is to ensure that fine art is not left behind in any development in the arts and culture sector.

“Simply because we believe that fine arts is like music, literature, theatre, drama, comedy and others that have great potentials to empower youths, women, and create jobs and livelihood for our citizens.” he added

He recalled the Centre’s past collaboration with the Visual Arts Association, which he said, has involved dozens of young Gambian aspiring and accomplished artists.

The idea, he said, was to participate in revitalization of the Visual Arts Association of The Gambia, one of 8 artistic associations recognized in Gambian law.

“NCAC will continue to work with VAAG and individual artists to promote and support the sector through hosting of exhibitions at the museum spaces we have and also organize capacity building and mentorship activities to strengthen the fine arts sector,” he assured them.

Mr Mamat Sallah, assistant director of Museum and Monuments - NCAC commended the Daughters of African Foundation for partnering with the NCAC and as well applauded participants for having the courage to submit works for the competition.

Sallah gave breakdown of some activities of DOAF with the NCAC, which he said, included digitization process at the National Museum, designs layout in the museum and rearrangement, photography skills training for museum staff, 15 Ode of Art documentary video work on Gambian artists and among other collaborations. 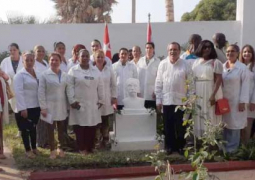 The Cuban Medical Brigade (BMC) in The Gambia rejects the immoral and discredited campaign carried out by the US regime against the medical solidarity aid that Cuba offers to different countries of the world, in the midst of the crisis due to the pandemic of the COVID-19. 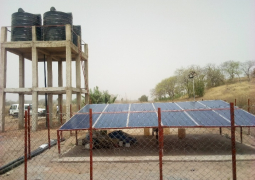 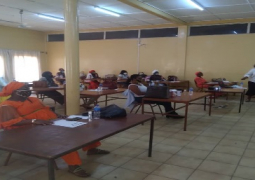