BANJUL, 3rd February 2021: The Honourable Minister of Foreign Affairs, International Cooperation and Gambians Abroad, Dr. Mamadou Tangara, on Tuesday 2nd February received the Ambassador of the Republic of Ghana to The Gambia, Her Excellency Gloria Poku, who was at the Foreign Ministry to present copies of her Letters of Credence before delivering the actual Letter of Credence to the President of the Republic of The Gambia, H.E. Adama Barrow, on 3rd February 2021. 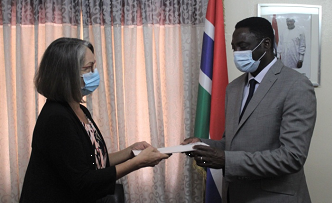 The top diplomats seized the opportunity to discuss the long standing friendly relationship between The Gambia and Ghana dating pre-independence. The discussions centered on ways and means of strengthening the excellent bilateral relations between the two countries.

In a similar diplomatic engagement, the Honourable Minister on Wednesday 3rd February received the Ambassador of Austria to The Gambia, Her Excellency Gerlinde Paschinger, in his office in Banjul. Ambassador Paschinger presented copies of her Letters of Credence to the Honourable Minister. Her actual Letters of Credence will be presented to President Barrow on Thursday 4th February at State House.

Minister Tangara and Ambassador Paschinger both laid emphasis on the sector of education, in which Austria would provide scholarships to Gambians and also provide long-term diplomatic training for junior diplomats at the Foreign Ministry at the Austrian Diplomatic Academy. These scholarships will contribute immensely to building the capacity of Gambians across the board. During this brief diplomatic engagement, other bilateral issues were also discussed. 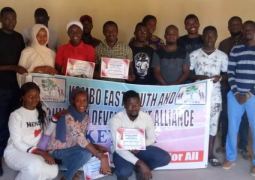 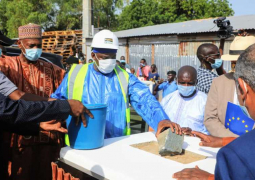 President Adama Barrow, on a series of engagements on Thursday 1 October, 2020 had laid the foundation stone for the second phase of the 24 kilometers road, Trans Gambia Corridor Strengthening Pavement project. 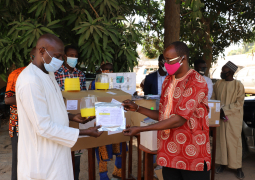 19 January 2021, Banjul – Fruit and vegetable production is one of the fastest-growing agricultural sectors in The Gambia, and provides both income and employment to growers and exporters. 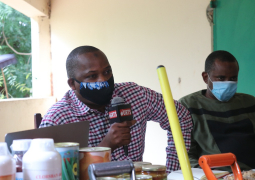