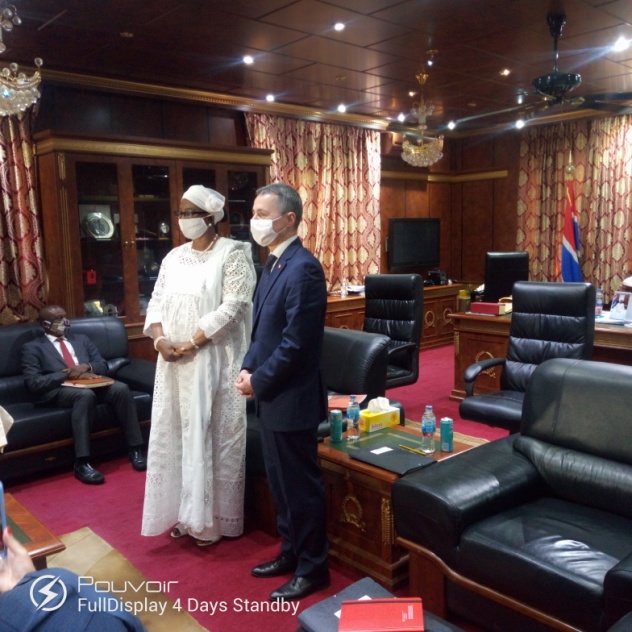 The vice president, who received her counterpart from at her office at State House on Friday, added that this allegation is not true.

With regard to her visit to Switzerland, VP Touray said: “My visit also triggered some misinformation at the time I went. I can remember the media carried so much information, saying that we went to sign deportation for Gambians to return home which is false.

She, however, indicated that they were there to sign two very important agreements, with one of them being migration matters and the other as air space agreement.

“We also had other discussions with regard to bilateral and multilateral issues and to reconsider as a partner because Swiss is already known for its democracy, human rights, and process in development.”

She added that Gambia like Switzerland as a small country coming out of a difficult situation, she thinks they need to look from partners that they can learn from to share best practices and also move together to make the world a better place.

“The information that I went to sign deportation agreement is not true and I want to dispel it here. It has nothing to do with deportation. Migration is broader than deportation and that was not what we went there for, and it’s not an issue,” she emphasised.

She concluded by saying that migration is a development matter and it is not about deportation alone. It deals with development of issues in terms of how they deal with their country and other countries.

Dr. Touray initially described the visit to The Gambia as a very important, saying it will serve as the beginning of a strong partnership and trust between the two countries.

Ignatio Cassis, vice president of Switzerland, said his propose of meeting his Gambian counterpart pertained to a meeting they had in Berne, where Gambian delegation was in Switzerland to sign an agreement and decided at that time to meet again, in order to operationalise the Sub- Saharan Africa Strategy for Switzerland for the next four years.

We started our trip from North Africa and went up to Mali, Senegal and we decided to have a stop here”. We already discussed most of the issues in Berne last month to find operational ways in order to even strengthen our relationships.

Among the issues they discussed, Cassis said, included the bilateral operation in peace and security, human rights and detention.

The delegation was expected to visit the prisons to see the conditions and water management.

"Water is a very important source of richness for the Gambia, and needs capacity building in many ways in order to make it really workout to give a value added for the country."

On remittances, he said, Gambians living abroad and because of Covid-19, remittances are decreasing and “it is still important, and we are together with the United Kingdom where we initialised the international call to action for remittance, which is still an issue today.”

He thanked Gambia’s Vice President for welcoming the Swiss delegation to The Gambia.

The mayoress of Banjul City Council (BCC), Rohey Malick Lowe has been elected as the president of African Capital Cities Sustainability Forum; (ACCSF). She will be serving for the next three years. 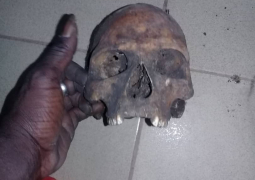 Operatives of the Drug Law Enforcement Agency The Gambia (DLEAG) have arrested one Alhagie Belo, a native of Farafenni with what is suspected to be a “human skull” together with some skeletons and some bundles of suspected cannabis, The Point has been reliably informed. 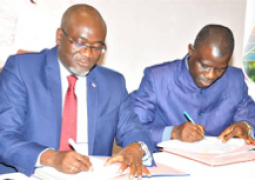