Lamin Mboge, the defendant lawyer who was contacted for comments confirmed the development to The Point. “I am suing these three people to court because they are interfering with the fundamental rights of my clients. These three people don’t have any power in law to stop my clients from building a school and a mosque.”

He added: “I can confirm that all the three people have already been served with the notice. If the police also interfere, I will equally sue them together with their Attorney General and Minister of Justice. In fact, anybody who interferes during the process will be equally sued. This is my position,” he told our reporter during a telephone interview.

An anonymous source who confirmed to our reporter stated that it all came when an association that calls itself “Gambana”, which is established with the objectives of fighting the caste system involving ‘slaves and nobles’ in the country had planned to construct a Madrassa and a mosque at Garawol village.

It could be recalled that the National Human Rights Commission (NHRC) last year recommended “urgent” government action to address the caste system that had gripped the Upper River Region and other parts of The Gambia. The commission says it was concerned about what had unfolded in Garawol village after a man was allegedly banished for leading a congregational prayer on Tobaski day.

The association in a letter addressed to the alkalo of Garawol village dated 15th February 2021 and titled: “Building of a Madrassa Mosque Inclusive’ and obtained by The Point reads:

“As an association we are happy to associate you with the construction of the above project. The Gambana Association comprises both Gambians in The Gambia and those living in Diaspora.”

“We are obliged to erect a Madrassa and a Mosque which will be of a great achievement for the whole community and the surrounding settlements. The construction will begin on the 27th February 2021 Insha’Allah.”

They added: “This is part of the development we have been vying for so long, and as we are the citizens of the area, we can’t put everything on spheres of the government to do it all. As able citizens we make this as a point of duty to contribute vehemently for the development of the area.”

Meanwhile, the village alkalo also replied to the association, saying: “I received your letter on the 25th February 2021, with a great honour and excitement about the content of the letter which is all about the development of the village which I happened to be the alkalo and the custodian of the village rules and regulations.”

“As you may be aware there are a lot of madrassas in the village of which different people attend at their own choice or based on the availability of a position there, which is not based on family, race, surname or location. As far as it is development oriented and is going to be a public place and be used by different people of different backgrounds.”

“Therefore, I would suggest to you that let’s sit and advise each other properly and avoid using the name of a group that might bring any difference and will not be seen or known to people that is a center built for and by a group of people. This year’s we are having so many problems in our societies and to avoid such in the future we should join hands and work together so that there will be no discrimination as to who will use both the Madrassa and the Mosque.”

AlmamehJabbi, a native of the village but now residing in the Kombo said: “The construction of the Madrassa and the mosque will create a big ‘division at the village’ and it also posed a threat to the peaceful co-existence within the villagers.”

“No Muslims will be against the construction of a mosque at a village if it goes according to the right procedures. However, the question is why are they using Gambana? There has never been any association in the village that constructed a mosque or Madrassa in Garawol using the name of an association. So why Gambana?

“The reason why the chief and the village alkalo asked us to stop the construction of the said mosque is the fact that they term us as slaves. For the past one year, we have been praying in open places, even Friday prayers, because those people that called themselves ‘nobles class’ don’t allow us to pray at the village central mosque. The construction of the mosque and the Madrassa poses no threat and it’s not meant to divide the village,” Mansa Trawally, Gambana spokesperson said. 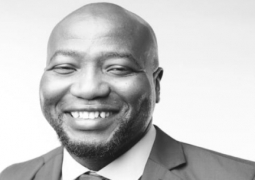 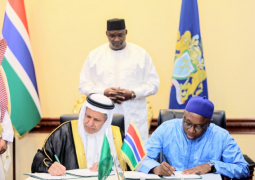 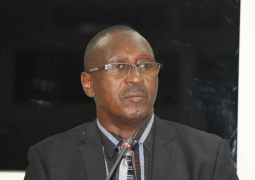 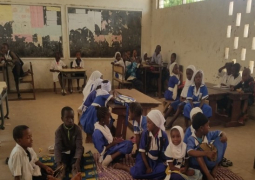