The Truth Reconciliation and Reparations Commissions (TRRC) public report has shown the Commission uncovering numerous rights violation meted out to a number of Gambian journalists during the regime of former president Yahya Jammehs reign.

Some of these victims were harassed for exercising their fundamental human rights and in line with the necessary condition of promoting freedom of expression.

Deyda Hydara, a veteran journalist and co-owner of The Point Newspaper, whose paper carried a regular column by him called “Good Morning Mr. President” in which he often raised critical issues of Jammeh, was executed by former President Yahya Jammeh’s ‘junglers’. Yahya Jammeh believed that Deyda Hydara was an obstacle to his plans to entrench himself in power and as result, ordered the junglers to assassinate him.

Malick Jatta, while testifying before the TRRC, disclosed that in December 2004, they were all summoned for normal patrol at Kanilai and when they all converged, Tumbul Tamba said to them, “Today we are going for the magic pen”.

According to the report, Malick Jatta, Alieu Jeng and Sanna Manjang boarded Tumbul Tamba’s vehicle and headed to the Kombos, but upon arriving at Kanifing, they drove into a garage that was believed to belong to Yahya Jammeh, parked the vehicle and boarded a taxi Benz 200.

The report added that the three drove up to Traffic Light and stopped and according to Malick Jatta’s testimony, Tumbul Tamba was in communication over the phone with the President saying, “Yes Sir, and Your Excellency.”

According to Malick Jatta in his testimony, “I believed that Tumbul was receiving instructions from the President at that point linking Jammeh directly with the murder of Hydara.” Alieu Jeng also during his testimony confirmed that Tumbul was indeed communicating with someone on the phone, but he could not recall what was said.

The report further narrated that Malick Jatta testified that the group of Kawsu Camara (Bombardier) and one of the commanders, Manlafi Corr, were also driving in a Mercedes Benz V-Boot taxi while the two groups were communicating with each other and sharing information with Tumbul.

According to the report, Malick Jatta said they trailed a small vehicle around Westfield, close to the Police Garage and Tumbul drove adjacent the vehicle then said: “Gentlemen the driver is the idiot.”

“When the order was made by Tumbul to shoot, a shot came to the front passenger seat as the car kept moving and Tumbul shouted you better shoot and all of them shot at the vehicle,” Jatta revealed to the commission.

Alieu Jeng during his testimony said on the other hand at that point, Tumbul removed the pistols from underneath his chair, gave it to them and ordered Manjang and Malick to shoot and asked him to stand down. Malick Jatta confirmed that he, Alieu Jeng and Sanna Manjang shot at the vehicle and Tumbul gave the order to shoot the target.

Alieu Jeng who initially denied playing a role in the shooting was cross examined on this issue. He first stated that Sanna Manjang ordered him not to shoot because he might hit Malick Jatta.

At Paragraph 4 of his TRRC statement, he stated this man was gone for two (2) to three (3) hours and then he returned and all of us boarded the vehicle and left.”

“When he realised that he had made two conflicting statements, he admitted that he lied in his statement because he thought that Malick Jatta would not reveal the truth. He then admitted that he was given a pistol, however, he maintained that he did not shoot,” the report pointed out.

Malick Jatta would not tell the truth.

According to the report, after apologising to the Commission for lying under oath, he finally admitted that he did shoot at Deyda Hydara’s vehicle but that after the execution of Deyda Hydara, they drove to the same garage, boarded Tumbul’s vehicle and drove back to Kanilai.

However, the report narrated that Malick Jatta testified that the following day, Tumbul gave him an envelope containing some dollars, saying “this is a token of appreciation from the Big Man.” while stating that he was certain that the money came from the former President Yahya Jammeh because Tumbul did not have the means to provide them with such an amount and in dollars.

In his own words he said, according to the report “When I change it I cannot remember because is a long time but I believe I have scored more than D50, 000 (Fifty Thousand Dalasi).”

In an attempt to cover up the murder, the report said, the government released a statement condemning the killing, as reported in the Daily Observer Newspaper of 24th December 2004.

The headline reads, “Government Condemns Shooting as a Cowardly Act” and it goes on to say “The Government of The Gambia is saddened by and concerned about the shooting to death of Mr. Deyda Hydara, Proprietor of The Point newspaper. The Government vehemently condemns this cowardly act and pledges to do its utmost best to apprehend the culprits and bring them to book.

The Security Agencies are already conducting investigations and the public is urged to provide any information they may have on the incident to see that justice is done.” Malick Jatta’s reaction to this was that the statement was a complete cover-up. 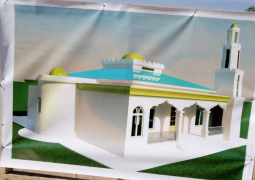