The vestiges of Yayah Jammeh’s misrule: As UNSR calls for protection of defenders at risk

A study on The Gambia has shown that the country still remains challenged in the protection of frontline grassroots defenders. This situation is notwithstanding the fact that there has been a political transition from a somewhat despotic political leadership- as it were under the then administration of Yayah Jammeh to the current leadership of Adama Barrow whose democratic credentials far outshine his predecessor. 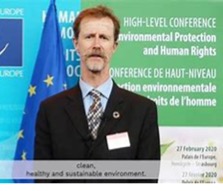 So, it can be asserted that the progress in political transformation in recent years since the exit of Jammeh has not been of appreciable state of affairs for men and women who function as rights activists - fighting for land, environmental and human rights.

This damming human rights account puts The Gambia among other countries in West Africa, where the conditions and treatment of human rights defenders are appalling.

The Mano River Union Civil Society Natural Rights and the Governance Platform, a network of land and environmental defenders, conducted the research across West Africa and Equatorial Guinea, between mid-2020 and early 2021, examining the Economic, Social and Cultural Rights (ESCR) of defenders working mainly on Environmental and Land Rights issues. The research was funded by the Open Society Foundation.

Prof. Boyd observed that advocacy for the protection of the environment and human rights has become a dangerous activity in many states in West Africa despite the existence of regional and international protocols.

The statistics, he said are ugly. “More than 200 documented murders of environmental human rights defenders every year including in West Africa and that is really the tip of the iceberg,” suggesting that there is a common pattern in the region.

But he was quick to add: “Yet instead of being celebrated and honored, these courageous individuals are subjected to harassment, intimidation, violence and even criminalisation. Governments weaponise the law, shrink the civic space, and sometimes even endorse extra judicial killings.”

He challenged states and businesses to take action to protect environmental human rights defenders who are at risk, by immediately implementing existing national protection mechanisms and the enforcement of existing laws.

Talking about the condition of human rights defenders in The Gambia, certain facts can be traced that provide an insight into the oppressive conditions the past government had subjected them to.

For instance, it is in the public domain that during the reign of Yayah Jammeh, human rights defenders were persecuted and many of them were forced into exile. They were at the receiving end of arbitrary arrests, disappearance and other egregious forms of repression.

Adama Barrow appeared on the political scene to somewhat make amends for the violations and abuse of human rights, creating structures that sought to investigate some of the past human rights abuses and violations. This effort has been lauded as improving the climate for human rights defenders to do their work to some extent. But much is still desired in this regard. 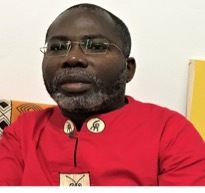 There are constitutional provisions that are supportive of the civic space. The right to assembly is guaranteed in The Gambia constitution but there is a caveat contained in the Public Order Act for Police permission to be obtained for such assembly, and this had been arbitrarily used. There is also a seditious penal code in force.

In recent times, some HRDs have been at odds with the law such as article 35 (2) which allows for derogation of rights during a state of emergency.

Also, section 59 of the criminal code continues to be a sword of Damocles for human rights defenders as it empowers the Police to effect arrests without a warrant based on charges of inciting violence.

Madi Jabarteh, a prominent human rights advocate was accused in 2020 of false information and broadcasting under section 181A (1). He had granted an interview at a protest. Even as the charge was dropped, he was tipped about being placed under surveillance by the government.

There have been other cases to prove that defenders working on environmental issues are still in harm’s way. HRDs in Faraba were killed for protesting a sand mining contract they had no prior consent in its design. In a related development in 2018, HRDs protesting a corporation dumping waste in the sea were detained.

Scanning the existing climate for HRDs is instructive for the Gambian government to embark on reforms that would have the effect of protecting and enabling actors to advocate for land and environmental rights. This is a means of recognising the crucial role HRDs can play in the national development process.

This point has been articulated in conferences hosted by MRU CSO Platforms for member states to adhere to international instruments that legitimise the work of human rights defenders.

What’s obtaining in The Gambia is not very unique from the realities of its peers in West Africa and this necessitates the sub-regional CSO efforts in resorting to the filing of litigations at the ECOWAS court for attacks, intimidations, killings and criminalisation of HRDs.

The issues of weak documentation mechanism and under-reporting are also of great concern that must be resolved. This means beyond the subregional networking, there is a need for local capacity development to respond to some of the problems that fraught the space of Gambian HRDs.

The launch of the Baseline Assessment Report comes after the validation of the document by defenders and international actors in March 2021. The conference among other things endorsed recommendations calling for the adoption of an African-wide environmental rights treaty modeled after the Escazu Agreement in Latin America, the creation of a documentation system to track and report attacks on human rights defenders in West Africa and defenders’ clinic among others.

According to the organizers, plans are already underway for the launch of documentation system to respond to the acute under-reporting of attacks on defenders’ establishment of those instruments. “The West African Frontline Grassroots Defenders Directory” has since been put into motion and tested, and is expected to be unfolded at a separate event in July this year with support from Global Witness. 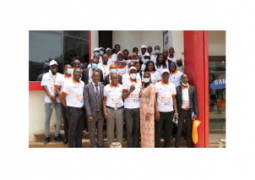 The Crab Island Technical and Vocational Training Center at Banjul was on Friday officially inaugurated. 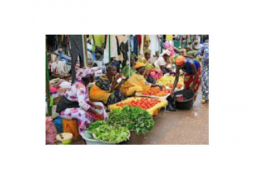 
A handful of vendors in Brikama market have expressed their concerns over lack of storage facilities to preserve their perishable produce.