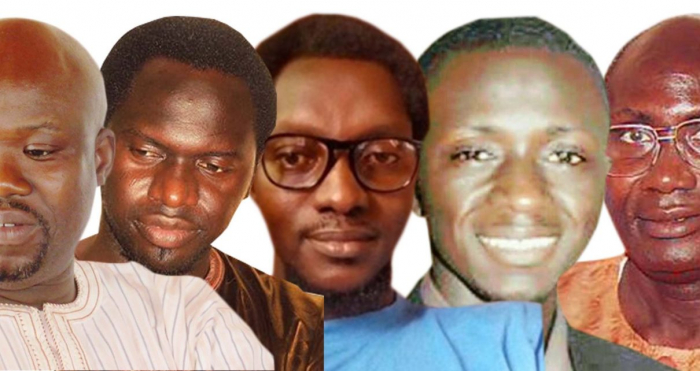 The editor-in-chief of The Point Newspaper, Bekai Njie, expressed that the coronavirus also known as Covid-19 has adverse effect on the print media in one way or the other. One thing that can be easily noticed is that “we are not producing the same number of copies like before and the limited copies we produce still have returns, it’s like things are not normal and if we talk to vendors, they tell us that they have limited sales compared to before.”

According to editor Njie, adverts are not forthcoming like before because institutions that normally advertise with the newspapers are all hit by the pandemic, and due to that content/number of pages of the newspapers has reduced.

“My institution has not received any support directly from any institution and media houses really need help especially print media because we need to print our daily copies and that requires money. We will need support from government, private institutions and NGO’s”, he added.
Bekai stated that, when it comes to human resources, most of their reporters are not working especially female reporters in which sometimes editorial department face challenges in the newsroom to have all assignments covered in terms of events.

“We are in a circumstance whereby nobody wants to risk another person’s life just for one or two stories whether important or not. Obviously it has not put everything on standstill but it has serious impact on the print media”, he explained.

Sheriff Bojang, managing editor of The Standard Newspaper, also said that the virus has affected them in some empirical way since their circulations have gone down as lesser number of people is on move and normally those are the people who buy their papers so it has affected them.

He disclosed that adverts in the newspapers have gone down too because most adverts are vacancies or people selling things. So if there are not many movements in those directions it is going to affect incoming of adverts, he added. “Since lot of people are staying home it also affect the number of copies that are produced; so in every aspect we have the downside,” he said.

Mr. Bojang said they are not receiving any support from anyone and everything they are doing is from their own resources. “I don’t really know what the Gambia government has done for us because Senegal government has given millions to help the press but I don’t know whether we have those resources here.”

Foroyaa editor-in- chief, Sam Sarr disclosed that the impact of covid-19 on his newspaper is tremendous just like any other business or organizations, taking into consideration the economic, social and other impacts.

He pointed out that, in terms of content of coverage, most of their coverage are now focused on covid-19, it being the main issue at hand which is facing the world and The Gambia in particular.

Editor Sarr explained that, they do face challenges when it comes to paying their staff because at this moment incomes are affected, while expenditure incurred is upward, adding that incomes are derived from sales and advertisements. Now, he added, sales have dropped because many people don’t go out so they don’t buy newspaper like before and some businesses have dropped, too, together with some NGO activities which also affects adverts.

“Our incomes have dropped but expenditures on various items have increased including fares even though there is a notice that fares should be maintained as the same. But it has increased and our expenditure on coverage also has increased because this is what the reporters experienced”

“We have not received any support from any institutions and it is important that we do have the necessary support to do our work effectively and taking due regard for the safety of our reporters,” he said.

“It is important for us to note that, the government and the media are partners as far as this issue is concerned. Businesses may close, various organizations may suspend operations but health, Security personnel and the media cannot cease operations especially at this particular moment.

“What I believe government should do is to take the initiative and consult media owners to find out what their needs are in terms of covid-19 cases and they will be able to give the necessary information to the government, and the government will do their support.”

He went “Very little has been done and we have really come to the stage where a lot more needs to be done. We have contacted the Ministry several times but we have not received a single message from them which we can publish in our newspaper”

In his message to the government of The Gambia, he said “government should take media as their partner and take their issue seriously so that they will be able to reach as many people as usual and to be effective in their sensitization on Covid-19. Dealing with issue of sensitization I believe the government has to redouble their efforts especially in terms of message.”

Baboucarr Ceesay Managing Director of Monitor newspaper also explained that his challenge is multifaceted because they commenced serious publication when the virus hit the country, and they are facing the same challenges like all other print media houses.

He called on the government of The Gambia to emulate other African countries and provide subvention for the media houses as the fourth estate. “No democracy can triumph without vibrant media devoid of unnecessary censorship born out of draconian attempts to stifle freedom of expression,” he noted.

Musa Sheriff, Editor-in-Chief said that the media houses and journalists as the second frontline workers next to the health are yet to be considered by the government and private sectors. The health workers are doing the medical work and the journalists are doing the communication by informing the public on protection measure and reporting cases on Covid-19 situation.

“As we speak no government or private sector that has considered the efforts of media houses in this situation. Letters are sent to media houses to send reporters to cover Covid-19 issues, but the journalists and their media houses are not considered” he lamented.

For the impact, there is total decrease in advertisements and sales of newspapers while the businesses are tightening every day due to the economic impact of Covid-19.

Culled from the VOICE 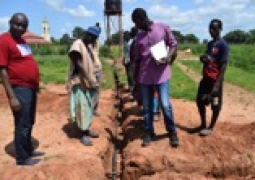 The Deputy Permanent Secretary (DPS) at the Ministry of Fisheries, Water Resources and National Assembly Matters, Malang Darboe, has said for the first time in the history of the Gambia that the government has pumped over 10 million dalasis in to rural water projects through the ministry’s local funds. He said in the past, almost all the water projects are being funded through grants from international donors. 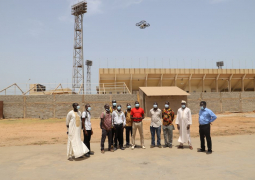 16 APRIL 2021, Banjul – Infertile soils, high prevalence of crops diseases and pests amidst weak research, plant protection and extension services, as well as climate change impacts, remain major contributing factors to low agricultural productivity in The Gambia. More than 70 per cent of The Gambia's population, estimated at 2.2 million people, is dependent on agriculture for their livelihoods. 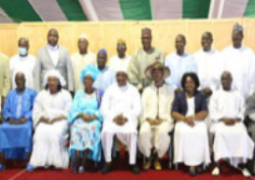 President Adama Barrow on Thursday presided over the swearing-in ceremony of Cabinet ministers at State House in Banjul.