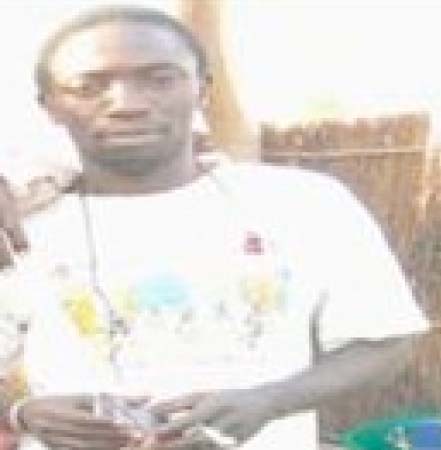 Trawally, a native of Garawol Kuta village in the Kantora District of the Upper River Region (URR), was discharged on Wednesday by a court in Tambacounda.

It could be recalled that the Senegalese gendarme last month reportedly entered The Gambian territory illegally, opened fire in the village and allegedly shot Sulayman Trawally in his hand before taking custody of him.

Trawally first appeared before a Tambacounda court on 1 of April 2020.

Sulayman Trawally, who spoke to our reporter in a telephone interview, described his detention in Tambacounda prison as ‘horrible’, saying the prison condition in Tambacounda was terrible and that he couldn’t have enough food during his one month detention.

Narrating how the incident started, he added that the Senegalese gendarme met him inside his compound.

“Four Senegalese gendarme on mask entered our compound and went straight to my house. They asked me to open my house gate and I refused. One of the officers, who I believed was the team leader ordered them to shoot at me.”

“I heard them loudly saying in Wolof ‘let’s kill him and leave’. That was the time they started shooting inside the house continuously and eventually, they shot me in my hand.”

He added: “I was then arrested and taken to Tambacounda. Immediately when we arrived, I was taken to a hospital in Tambacounda because I was bleeding. However, the doctor on duties refused to attend to me on the grounds that the Senegalese gendarme didn’t explain to him exactly how the incident happened. They lied to him that it was in the course of my arrest that i got injured by gate, which is totally false.”

After examination was conducted on him, he explained that the doctor later realised that there was a bullet inside his hand.

“The bullet was removed at a time I was even unconscious. I was then admitted at the hospital and my right hand and leg were put on handcuff for three days.”

“I was later released from hospital and taken away for questioning. The gendarme officers said I was the person killing hippopotamus, smuggling cannabis and transporting arms and ammunition within the area. In fact, they didn’t even allow me to say a word.”

“I can swear that the Senegalese gendarme told me in Senegal that if they happen to meet personnel of the Police Intervention Unit at the scene they (gendarme) were going to tie them and take them away because the PIU personnel didn’t even have proper guns.”

He also claimed that the Senegalese gendarme told him that it was The Gambia’s Interior minister who gave them power to pursue anybody they suspect of anything even up to The Gambian territory and arrest the individual.

He maintained that if it was not the help of his lawyer hired by his family, they were going to jail him for several years.

“They released me without giving me anything. As I’m speaking to you, still now my hand is paining. This is not fair and I believe the government should do something about this because it’s not fair. In fact, I went to a stage that I think the Gambian government don’t care about its citizens because I thought they should have stood for me.

An assessment of the impact of scaling down on the Gambian economy has produced uncomfortable results and that the economy will lose GMD2.5 billion and shrink by 3 percentage points – from the projected growth rate of 6.3 per cent in 2020 to 3.3 per cent due to covidd-19 pandemic, a media release from Office of the President reveals. The government also announced it has lifted the State of Public Emergency (SOPE)