The Permanent Secretary of the Ministry of Basic and Secondary Education (MoBSE), has rubbished the much-talked about rumour circulating on social media that his ministry has received or spent a sum of D35 million on media houses across the country for the broadcast of school lessons amid Covid-19 lockdown. 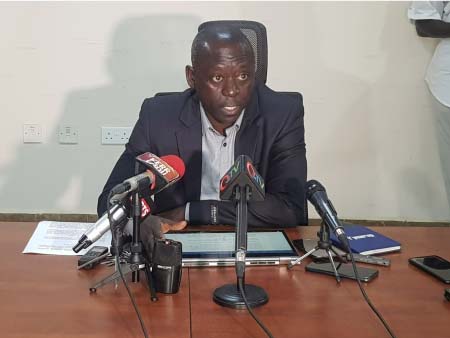 Ebrima Sisawo at a recent press briefing made it clear that the ongoing schools’ lesson being broadcast over the airwaves is being funded by World Bank under component two project, which supports quality education at the Ministry of Basic and Secondary Education (MoBSE).

It could be recalled that MoBSE initiated distance learning lessons through all the media houses (TV and radio stations) across the country to engage school going children, who are asked to stay at home amid coronavirus lockdown.

Meanwhile, the State of Emergency declaration has directly affected about 674, 300 pupils across the country in both conventional and Madrassas schools, ranging from early childhood development schools to Senior secondary schools.

An estimated 72hours of instructional time would be lost during the initial 21 days of school closure and more hours will continue to be lost due with the extension of the State of Public Emergency.

“I want to state that to date no single butut has been received by the Ministry of Education from the government towards the fight of covid-19, and it is not true that MoBSE spent D35 million on media houses across the country” said PS Sisawo, while responding to rumours of the D35 million currently being circulated on social media.

He added that all the monies used for the distance learning lessons program so far are from the Ministry of Basic and Secondary Education budget, adding that they haven’t received anything yet from government.

According to him, ‘if there is any other payment made to the program is for the team of the program developers, which is about D859,000, while emphasizing that, with or without covid-19, the ministry has already committed to content development for TV and radio delivery’.

“Certain activities were meant to be carried under the project during the covid-19 period but couldn’t naturally happen due to the banning of the public gathering and closure of schools. Therefore, we have to engage the bank to seek for support for such activities to the initiative,” he said.

PS Sisawo mentioned that the initial 21 days has elapsed but the State of Public Emergency has been extended as well as school closure until further notice.

Consequently, he said Minister Claudiana Cole has committed that the ministry would extend the distance education during the period of closure.

He finally thanked people for their encouragements, suggestions and positive criticism during these challenging times.

Cross-section of officials has called on the President Barrow- led government to provide sufficient resources to effectively fight the coronavirus in the country. 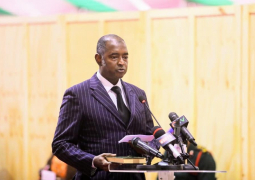