The Scorpions booked their place to the quarterfinals of the Afcon after defeating fellow West African side Guinea Conakry 1-0 in the round of 16 game played at the Stade Omnisports de Baffousam on Monday.

Musa Barrow scored the only goal of the match in the 71st minute to help continue Gambia’s fairytale in their first ever Afcon tournament.

“After consulting with each other, we agreed that there is going to be a token of $10, 000 to each of the players. The most important thing is that we progress to the quarterfinals stage and this is just to say thank you (to players) for reaching this stage,” Mr. Badjie who also doubles as the Minister of Youth and Sports said.

Minister Badjie added that they knew that there was going to be prize money from CAF for reaching this stage, adding that aside from this token, they would pay all the other allowances and bonuses entitled to players.

According to him, this is not about giving money to players, but just to appreciate their efforts for reaching this far (quarterfinals stage) of the tournament and to say “thank you to them.”

Scorpions of The Gambia, who will aim to continue their unbeaten streak, will be meeting host nation Cameroon in the quarterfinal on Saturday 29 January 2022 at 4 p.m. 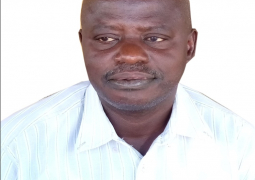