Out of the 63 arrested, 57 are Gambians, while the remaining six include 2 Senegalese, 2 Nigerians, a Sierra Leonean and a Guinean.

Last Friday 17 among those arrested were paraded at the Banjulinding Police Station which is the regional command of the DLEAG in the West Coast Region.

Dawda Sanyang, deputy spokesperson of the agency told journalists that those people involved in drug related activities were arrested in different regions in the country.

According to him, seventeen (17) people were nabbed for drug trafficking and possession related offences which include sixteen (16) male and one (1) female. Twelve (12) of the suspects are Gambians, 2 Senegalese, 2 Nigerians and 1 Sierra Leonean.

DLEAG deputy spokesperson further disclosed that a total of three hundred and forty (340) big bundles of suspected cannabis sativa and some quantities of suspected cocaine were seized.

In Kanifing Municipality, he explained, the regional command registered twenty-seven (27) drug related cases involving thirty-three (33) suspects (all male). Thirty-two (32) of the suspects are Gambians and one (1) Guinea national.

According to him, two (2) cases related to possession of prohibited drugs for the purpose of drug trafficking contrary to section 43(4) (e) of the DCA 2003 revised laws of The Gambia, twenty (20) cases related to possession contrary to section 35 and one (1) case of found property (found property means that the owner or possessor of the seized drug is yet to be found or established).

He further said that four (4) cases relating to Alleged Child Offender (ACO) were referred to the Agency’s Gender, Human Right and Child Welfare unit for further processing and necessary action.

“Out of the total quantity of drugs seized, Two (2) relate to cocaine, twenty- four (24) cannabis and one (1) controlled drug,’’ he divulged.

In Lower River Region (LRR), he said, a Gambian was nabbed at Buiba Jallow village with three (3) big bundles and one (1) parcel of suspected cannabis concealed in a brown paper inside a black traveling bag.

While, in the North Bank Region (NBR), five (5) suspected persons were arrested with a total quantity of ten and a half big bundles, eleven parcels and six wraps of suspected cannabis sativa at Essau, Sitanunku, prince and between Nbanta and Wallane respectively.

“Three (3) suspected persons were arrested at Bansang and Sare Chiwto in the Central River Region (CRR) with a total of one (1) big bundle, one (1) parcel, one hundred and seventy seven (177) wraps and some quantities of suspected cannabis. All three (3) suspects are Gambian nationals.

Elsewhere, in the Upper River Region, four (4) suspected persons were arrested at Mansajang Kunda, Sami Medina and Basse Angalfutta with a total of one (1) big bundle, eighty-two parcels and thirty-two (32) wraps of suspected cannabis, adding that all the four (4) suspects are Gambians.

“We are urging the community to join hands with DLEAG in the fight against drug abuse, illicit drug trafficking and related crimes. As parents, we need to be monitoring our children.”

He said that few were currently under trial for drug charges while others are waiting for cases to be mentioned before the court. 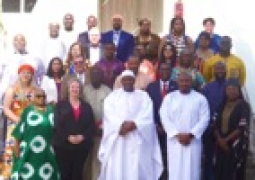 President Barrow has reechoed his call for Gambians in the diaspora to return home and support the country's development agenda. The President spoke on 2 December 2022, at the statehouse during a courtesy meeting with the Mayor of Madison City, Wisconsin, Ms Satya Rhodes-Conway. 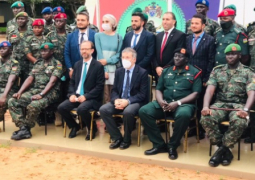