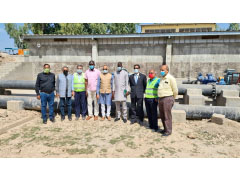 During a press conference yesterday at NAWEC, Hawa Jallow, communications officer for NAWEC, disclosed to journalists that the Covid-19 water tanks by the World Bank are no longer sustainable.

The project was funded by the World Bank with the objective of giving Gambians the opportunity to have uninterrupted water supply that they can use to curb the pandemic.

According to her, the project has ended and the World Bank has declared that they can no longer continue to fund the project which was implemented by NAWEC.

She added that NAWEC on the other hand does not have the financial muscle to continue with the project and would therefore decommission the tanks by Friday 15 October 2021.

“Since the Covid-19 pandemic showed its ugly head in The Gambia,” she said, “NAWEC with the World Bank’s support has been giving humanitarian assistance in the form of sanitisers, soap to schools and madrassas across the country.”

Tamsir Sawaneh, a representative of the Water Business Unit, NAWEC, revealed that a task force dubbed ‘Covid- 19 NAWEC Water Response’ was established on 18 March 2020 on the instruction of the then MD to respond to the Covid- 19 pandemic in the country.

He added that the objective of the task force was to intervene in areas with NAWEC network where there was acute water supply.

“We are aware that people have access to water problems but we would like to inform the public that the end of this project is beyond us as a company because the World Bank can no longer fund the project,” he explained.

He further said that: “We would never shy away from saying that we failed the customers because we cannot give them water as much as they want but we are working tirelessly to positively improve the situation and investigations are going on to make sure that the water problem is solved,” he continued

“We would drill more boreholes within the task force and that one is in high gear. I can’t precisely say when the water shortage problem would be solved but we are doing everything possible to give the people the best they expect from us,”

Mr. Sawaneh added that NAWEC was to procure more than 300 plastic water tanks of 2000 and 5000 litre capacity but along the way, they realised that was a colossal amount .

He further added that what they did with the Greater Banjul Area was that they stationed the tanks at places where water shortage was very serious such as Kololi, Kunkujang, some parts of Tabokoto and Sukuta which were the most affected areas. 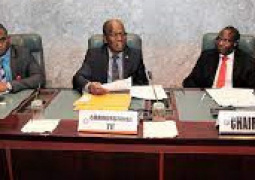