According to a source close to the matter, a boat carrying over 99 Gambians and 22 Senegalese originally set off towards Spain from the coastal town of Gunjur with insufficient food and water aboard.

Having spent more days than initially planned at sea, their boat veered off course reaching Bir Gandouz, a town in Western Sahara controlled by Morroco where they were picked up by the Moroccan coast guard.

“We ran out of food and water for five days on the high seas, as a result six people died out of hunger and extreme exposure, while three threw themselves into the sea out of fear and hallucinations,” the anonymous source explained.

He described the squalid conditions in the detention center as ‘very desperate’, adding that they were really suffering while many others are starving.

“We have gone for several days without drinking water or eating a morsel of food “, he further explained.

According to the source, an official from the Gambian Embassy in Morroco paid them a visit to sort out a way to rescue them from the detention center.

“He took our name and pictures but only said that our repatriation to The Gambia depended on the Arabs. For a week now we have not heard from him, so we tried to contact them back to no avail,” the source lamented.

He called on the government of The Gambia and the diaspora to come to their rescue as more people have started showing signs of serious emotional and physical trauma.

“Honestly, we need help, we have been here for over two weeks without enough food or water, we are starving and some are dying of hunger and illnesses. We need to go back to our country and start all again. We need help from The Gambia government, from the diaspora to take us out of this situation”, the source appealed.

Abdoulie Bah, the deputy head of mission of the Gambia Embassy in Casablanca, Morocco who confirmed the development to The Point, said the embassy has been working in coordination with the Moroccan Interior Ministry as well as the Gambian consul general in Dahkla to ensure the repatriation of the Gambian migrants as early as possible.

“We have been aware of it since day one. The  director of Diaspora Matters at the Ministry of Foreign Affairs in Banjul is also aware and we are working day and night to return them as soon as possible”, Mr Bah said, adding that the Gambian consul general had visited to collect first-hand information and report on the situation on the ground.

“Ousman Badjie was assured that they are being taken care of, although it’s understandable that the conditions cannot be fully comfortable as home with so many migrants including Senegalese and other nationalities to be catered for,” he said.

Mr. Bah debunked rumours that Gambian migrants were held captive against their will for longer than necessary, adding that the Moroccan authorities were fully committed to see their return to The Gambia.

“There are many Gambians and Senegalese there (detention camp), the Moroccan authorities rescued them at sea, but they are not being held captive. The interior ministry of Morocco is actually assisting and funding all their return to Gambia,” the deputy head of mission clarified.

According to him, Moroccan authorities provided flight tickets to many Gambians to return home last month but many absconded ‘at the very last minute’ which prompted the authorities to tighten security on the newly rescued migrants.

He revealed that the Moroccan authorities engaged them in the last few days about the possibility of hiring a bus service that could take all the migrants straight to The Gambia since they were closer to the Mauritanian border.

“However, upon consulting a bus service, we were told that the buses were not permitted to go beyond the boundaries of Morroco”, he continued.

Mr. Bah called for patience and tranquility amongst the migrants at the camp and their families back home as they work to find a concrete solution to repatriate them in the coming days.

When contacted, the country office of the International Organisation for Migration (IOM), which advocates for migrant protection, reintegration and repatriation of refugees, said they were not aware of the situation.

Meanwhile, our reporter has been reliably informed that Gambian migrants have planned to stage a protest at the Bir Gandouz Detention Center on Saturday, 23 October 2021, if they are not repatriated by then.

Fatou Bojang contributed to the reporting of this story 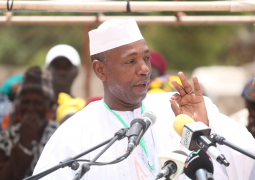 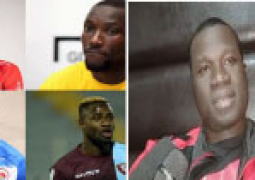 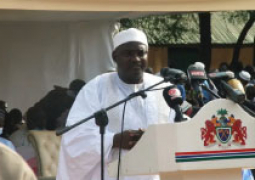