The two candidates Birom J.S. Sowe of the National People’s Party (NPP) and Yerro Jallow representing the party of the former occupant Gambia Democratic Congress (GDC) are the two contestants.

Speaking in an interview with GRTS, both candidates promised to improve the lives and livelihoods of their people if elected into office.

“We are far behind when it comes to development. Our socio-economic development here is poor and it is an issue that needs to be addressed and solved as soon as possible,” said Birom J.S. Sowe of the National Peoples Party.

Mr. Sowe added that his main purpose is to see that unity is brought back to Niamina West as it was known for since time immemorial.

“Our parents and grandparents never taught us tribalism. They always told us we (Fulas, Jolas, Mandinka and other tribes) are all one. This is why in Niamina West any Fula man can speak Mandinka likewise Mandinkas also.”

For his part, Yerro Jallow of Gambia Democratic Congress (GDC) said that the people of Niamina are definitely left behind, noting that for over 50 years, they have been paying their taxes and rates but unfortunately none of these governments (both previous and present) considered the people of Niamina.

“There is a political division among the people which makes Mandinkas and Fulas to support their people likewise other tribes. This has been happening for a very long time but I’m coming as a candidate to unite the people of Niamina,” he said.

He finally said that it’s going to be a hands down victory for the Gambia Democratic Congress (GDC) party. 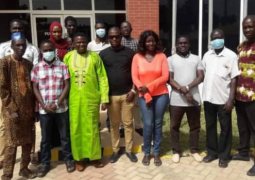 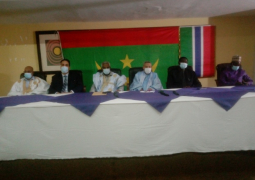 The Gambia has registered 36 new positive cases, bringing the number of COVID-19 cases ever confirmed in the country to 4,008.