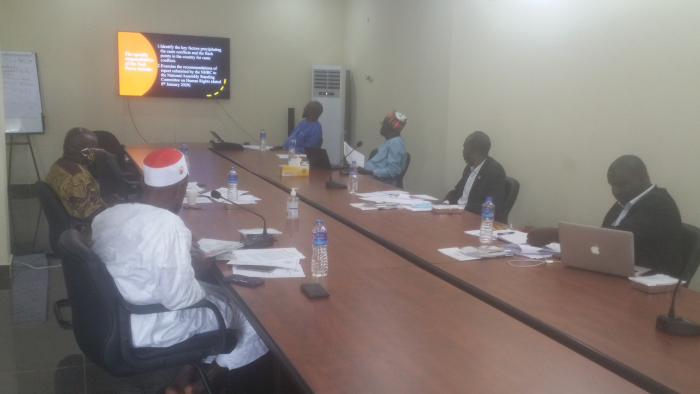 The taskforce is also set up to look into the caste conflicts and find durable solutions to them.

The taskforce brings together representatives from key government ministries and the Supreme Islamic Council who have the legal and policy authority, and the moral duty to ensure individuals do not violate each other’s rights as well as contribute to the creation of a protecting, enabling and non-discriminatory environment for all in The Gambia.

The specific responsibility of the taskforce amongst other things include identifying the key factors precipitating the caste conflicts and the flash points in the country for caste conflicts; examine the recommendations of reports submitted by the NHRC to the National Assembly Standing Committee on Human Rights (dated 8 January 2020).

Their responsibility also entails to suggest strategies through which the caste system and caste conflicts could be resolved and eventually eradicated in the country; suggest recommendations to the government and the NHRC and also develop a work plan to address the issues of the caste system in the URR and parts of the country.

The report of the National Human Rights Commission’s fact-finding on the caste system in the Upper River region revealed that a group of individuals referred to as “slaves” from Diabugu, Koina and Garawol formed an association called ‘Gambana’ which in Sarahulleh terms means: “We are all equal.”

The report further indicated that there are other people in these communities who accept to be referred to as slaves and not members of Gambana.

The commission’s report also admitted that it is a long-standing tradition in these communities for those referred to as ‘slaves’ to perform certain menial jobs or tasks requiring manual labour for those regarded as their ‘masters’ or ‘nobles’.

Speaking in an interview with The Point, Mr. Emmanuel Daniel Joof, chairperson of the National Human Rights Commission, said that they setup the taskforce to fight the simmering tension that has been going on in the Upper River Region (URR) for some time but had been lit in 2018.

“The National Human Rights Commission being the watchdog and the body that is responsible for promoting and protecting human rights have been monitoring and doing some investigations and missions in URR (Diabugu, Koina and Garawol),” he said.

According to him, they came up with a recommendation which they sent to the Standing Committee of the National Assembly, Ministry of Justice, Ministry of Interior and also to the Office of the President regarding the issue of caste system.

“We have observed that if these tensions that have been brewing in these areas are not settled, then we are sitting in a powder keg. As you know that there is simmering tension between what is referred to as the ‘noble’, the Soninkara and the ‘Gambana’ in that area.”

He noted that the work of the National Human Right Commission is to make sure they promote peace in the country to also get rid of the discriminatory practices. 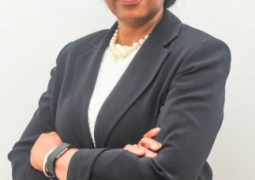 Despite the deadly global pandemic (covid-19), The Gambia Revenue Authority (GRA) is doing everything possible to meet its set revenue target, having collected over D1.2 billion revenue in April 2021. 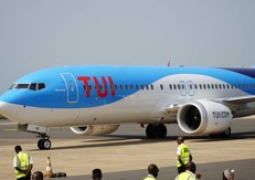 TUI Belgium arrives with 58 on board

As more flights are expected to arrive in the country, TUI last Friday landed at the Banjul International Airport as the maiden flight from Belgium carried 58 passengers.