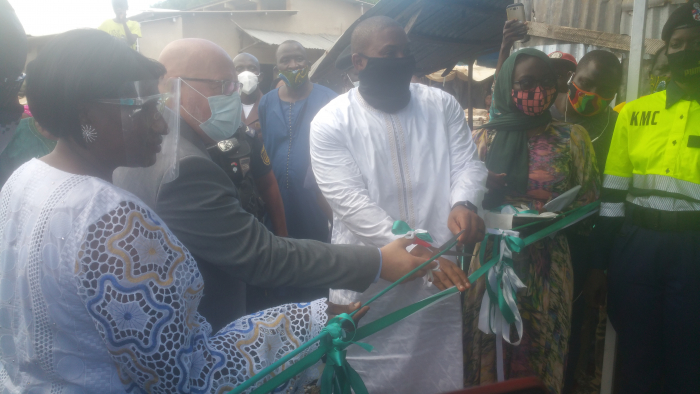 The project is designed to help women engage in the vegetable business to minimize the high percentage loss of vegetables due to the lack of cold storage facility within the market.

Speaking at the ceremony, Mayor of KMC, Talib Ahmed Bensouda said that the project was to help women within the Serekunda market who are specifically engaged in vegetable businesses to minimize the high percentage of losses due to spoilage of their vegetables.

He added that the cold storage facility which is solar powered is meant to ensure that the risk of spoilage of vegetables is reduced or eliminated.

“Many of these women are mothers and breadwinners of their families and are people who paid their family bills (children’s school fees and other expenditures) and the vegetable spoilages can account for many big losses in their income.”

Mayor Bensouda expressed hope that the project would go a long way to ensure that the losses are eliminated and also for women to do better in their businesses as far as vegetables are concerned.

“KMC has 19 markets and Serekunda is one of them. We also hope to expand this project to all other 18 markets within the municipality,” he disclosed.

According to him, they also hope to bring cold storage facility for the people who sell fish, sea-food and meat amongst others.

He finally thanked the British High Commissioner in the country and looks forward to more fruitful partnership.

For his part, the British High Commissioner in The Gambia, H.E. David Belgrove, OBE, said that the project is part of their response because they know how hard it is for the market women during this pandemic.

“We understand that women in the market have lost businesses due to the pandemic and this is part of my government’s efforts to help the economic recovery of The Gambia from this pandemic.”

He explained that the project is sustainable and would help women to store their products in a cool environment.

Ambassador Belgrove also thanked Mayor Bensouda and his councilors for working so hard towards the success of the project.

Musu Meta Manneh, a representative of the women beneficiaries, expressed delight and thanked the benefactors for what she described as milestone project ever received since the establishment of the market.

“This is one of greatest projects ever received in the Serekunda market and this wonderful project will go a long way in helping the loss we always encounter in our business,” she said.

According to her, the project being the first cold storage for vegetables within the country will go a long way in helping them to preserve their vegetables.

She on behalf of the women thanked the British High Commissioner and his staff and the KMC for the assistance. 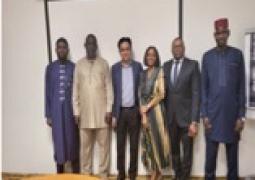 The Gambia Investment & Export Promotion Agency (GIEPA) is continuing to experience remarkable strides in attracting investment into Destination Gambia. The promotional agency over the past five years has experienced a net investment portfolio of one hundred and fifty-four million dollars (US$154) and created over two thousand, two hundred, and seventy-four jobs (2,274). 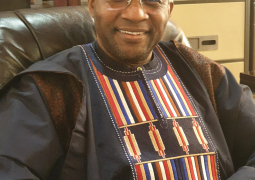 Momodou Lamine Bah is new Gambian Ambassador to US

Momodou Lamine Bah, Accountant General of The Gambia has been appointed the new Gambian Ambassador to the United States of America.

Bah replaces Fadera, who died on the 20th of February 2022 whilst on admission at the Edward Francis Small Teaching Hospital in Banjul. 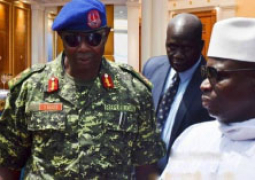 Lieutenant General Saul Badjie, former commander of the Republican National Guards and senior other officials of The Gambia Armed Forces (GAF) who went on self-exile with former President Yahya Jammeh to Equatorial Guinea have returned.