14 convicted for violating restrictions on movement of persons

Magistrate P. Sarr of the Kanifing Magistrates’ Court yesterday convicted and sentenced fourteen people to a fine of D5000 each in default to serve six months imprisonment for violating prohibited periods of movement, contrary to Section 2 (1) of restrictions on movements of Persons Emergency Powers Regulations 2020. 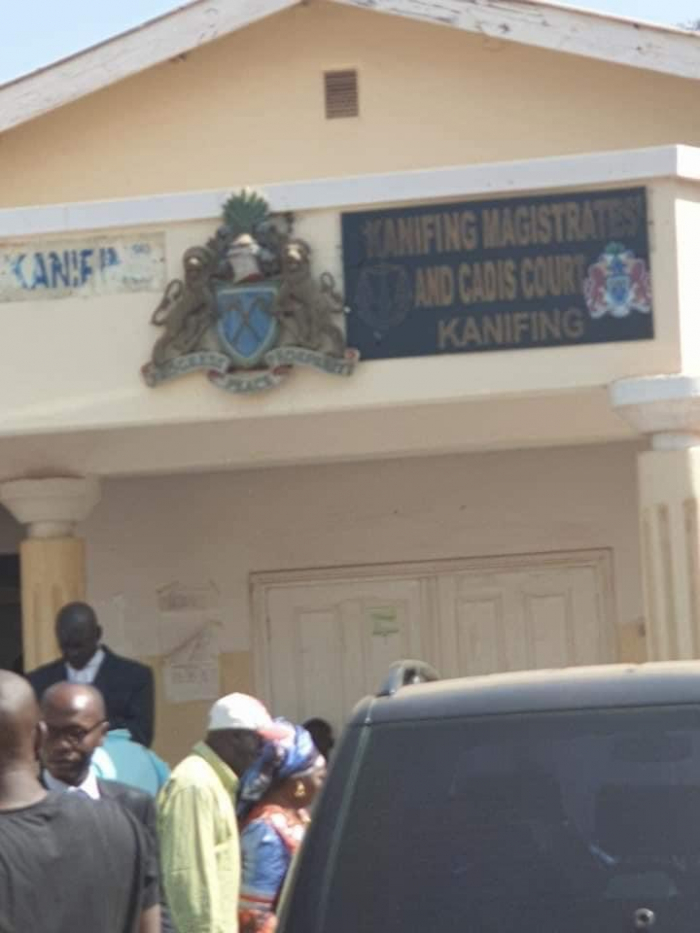 This followed their plea of guilt. They pleaded with the court to forgive them.

Essa Sissiko, Momodou Jawo Jallow, Pape Ngum, Tito Scott, Bamba Sillah, Mat Sagge, Babucarr Sanneh, Lamin Manjang, Cherno Maju Bah, Alieu Sanyang, Muhammed Camara, Modu Touray, Amadou Sanyang and Isatou Jallow. The charge sheet read that on or about the 6th  and 7th August, 2020, at Senegambia and diverse places at between 22: 00 hrs and 05:00hrs within the jurisdiction of the Honourable Court, in the Kanifing Municipality of the Republic of The Gambia, were found in the streets without giving any reasonable cause within the prohibited period of movement put in place by the Government to control the spread of covid-19 pandemic, an act calculated to be in total disregard to the Emergency Powers Regulations declared by His Excellency, the President.

Babucarr Sowe and Dodou Leigh were not present in court. Modou Lamin Joof pleaded not guilty. He told the court that he went out on the day of his arrest to escort a lady to the hospital. He was ordered by the court to produce a medical report to prove his reason for going out when he was arrested. He should produce the medical report today.

Sub-Inspector Oley Bobb presented the bill of indictment on behalf of the Inspector General of Police.

The ministries of Defence and Interior have mourned the sudden death of retired captain and executive secretary of the National Commission Against the Proliferation of Small Arms and Light Weapons, The Gambia (NATCOM-SALW), Ebrima Kambi, who passed away at his residence in Brikama on Tuesday. 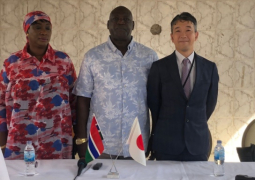 The Japanese Embassy in The Gambia and Batch Diagnostic Laboratory Gynae and Clinical Services Charity, have signed a Grant Contract under the Japanese Grant Assistance of Grass Roots Human Security Projects which is designed to promote human security in developing countries by funding development projects led by community based initiatives and non-profit organisations and solving different socio-economic issues.

The 61st Ordinary Session of the Authority of Heads of State and Government of the Economic Community of West African States (ECOWAS) that was held on 3 July 2022 in Accra, Republic of Ghana, commends its Ministerial Committee in charge of the ECOWAS Single Currency Programme for its efforts for consensual solutions for the pending issues in the context of the creation of the ECO. 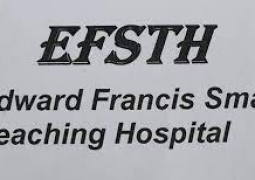 The Edward Francis Small Teaching Hospital (EFSTH) in Banjul yesterday reported the detection of a rare medical condition among children that is already causing deaths. This is currently being studied and observed at the hospital’s Paediatric Outpatient.