“Eight former junglers confessed before the Commission for their involvement in murdering more than 80 individuals on the orders of Yahya Jammeh. They also admitted torturing detainees at the NIA and Mile II prisons.”

“Jammeh created it to kill, torture or punish persons he perceived to be his enemies. He also used state resources to pay their salaries and maintained them even though many of them were never going to work regularly,” the Commission reveals in its report.

The Commission explained that the patrol team was selected from The Gambia Armed Forces (GAF) and set up by ex- president Jammeh who also was responsible for organising and coordinating the activities of the Junglers through a command structure that was directly answerable to him through General Sulayman (Saul) Badjie.

According to the Commission, the 22 years of former President Yahya Jammeh’s dictatorial rule was characterised by heinous human rights violations ranging from enforced disappearances, torture, arbitrary killings and unlawful detentions.

The report stated that the agency’s staff invaded the lives of the members of the public; including spying on them, arbitrary arrests and detention of people without reasonable or justifiable basis and often beyond the constitutionally acceptable timelines.

Moreover, the Commission narrated that most victims of unlawful killings by the junglers fall under those perceived by Jammeh to be security threats, such as Dawda Nyassi, the West African migrants, Saul Ndow and Mahawa Cham, Daba Marenah and his group including Ebou Lowe, Alpha Bah, Alieu Ceesay and Malafi Corr, Ebou Jobe and Mamut Ceesay and so on.

The report said Jammeh issued the operational orders to the junglers through the commanders of the group, noting that initially, Tumbul Tamba and after his demise, Gen. Sulayman Badjie provided direction and guidance to the group, after receiving orders from the former President Jammeh.

The report explained that the man who trained the group on the extrajudicial activities was one Francisco Caso, an Italian “mafia” who came to The Gambia as a tourist. The report said the Italian mafia conducted the maiden training programme for a small group of soldiers from the Gambian National Army.

The report added that it was believed that Francisco Caso was introduced to Almamo Manneh, who sought his assistance to plan a coup against Jammeh in 2000.  However, the commission added that he (Francisco) betrayed Almamo Manneh and reported the coup plans to the NIA, saying he used this opportunity to portray himself as a competent and highly skilled military officer to entice the NIA.

“He was eventually hired to train a specialised group of soldiers. He was brought to the President and recommended by Abdoulie Kujabi, NIA Director General at the time,” said the commission.

During the training, the commission explained that live ammunition was used and the soldiers were equipped with skills to kill, saying the criteria for selection of soldiers to the Jungler training largely depended on presupposed and perceived loyalty to President Jammeh.

These two groups “Junglers” and Commandos were eventually merged into a single group and directly answerable to Jammeh, assigning them to eliminate each of his opponents. The commission said some initial assignments were to serve as spies whenever the President’s convoy was travelling and report any suspicious activities and conversations. 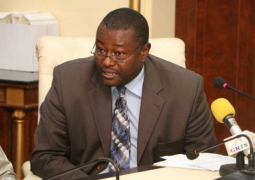 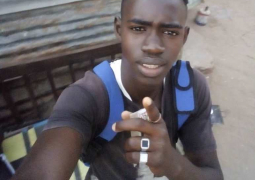