In a statement seen by The Point, the GRA is also ‘‘one of the few countries across the region where businesses and other firms are allowed a breathing-space and … tolerate payment by instalment.”

Accordingly investors are fully encouraged to ‘‘participate and invest’’ … in a ‘‘suitable, transparent tax system as well as strong and effective trained workforce.”

However, the main UN body dealing with trade, investment and development issues known as UNCTAD, indicated that ‘‘FDI inflows in The Gambia decreased slightly from USD 33 million to USD 32 million between 2018 and 2019’’.

But it has accredited once again that ‘‘tax advantages, simple procedures’’ are some of The Gambia's main assets.

In its World Investment Report 2020, seen by this correspondent, UNCTAD also acknowledged the country’s potential in tourism and re-export sectors including Agro- processing activities.

Main investors include China and the United Kingdom.

Independently, it is noted that… ‘‘thanks to an organised and structured system of taxation’’ The Gambia is doing well despite “external shocks’’.

Also in a World Bank Economic Overview, the country’s strong performance under the 2019 International Monetary Fund (IMF), The Gambia was able to ‘‘exit from debt stress’’.

However, this was mainly due to ‘‘staff monitored programme with sharp reduction in the fiscal deficit, and debt relief from key creditors…’’. Consequently, it paved the way for an Enhanced Credit Facility approved by the IMF board on March 23, 2020.

Since then the country has been moving in the ‘‘right track’’ and despite the ‘‘fiscal adjustment and external shocks’’, including in the tourism sector, ‘‘growth has remained robust at around 6 percent.’’

Notwithstanding, according to the ‘‘Doing Business’’ report, The Gambia is ranked 155th worldwide in 2020. It went down five positions since the previous publication.

Conversely, The Gambia was cautioned. The country’s ‘‘limited size’’ and its ‘‘landlocked position can be impediments to investment.’’ Improvement required includes: access to electricity, credit and …attract more foreign investment.

The Point also learnt that ‘‘Tax Transparency in Africa’’ 2020 also produced by the Global Forum for Transparency and Exchange of information for Tax Purposes, the African Union (AU) and African Tax Administration Forum (ATAF) in partnership with the African Development Bank noted the need for countries to engage further in ‘‘revenue mobilization.’’

The annual publication of the Tax Transparency in Africa is part of the various efforts of the continent to advance global tax transparency and exchange of information - amongst others to ‘‘combat corruption, tax evasion, money laundering, fraud and illicit enrichment…’’ 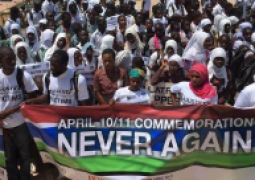 A woman was on the 24th May, 2022, paraded before Principal Magistrate Omar Jabang of the Kanifing Magistrates’ Court and charged with common assault, contrary to Section 227 of the Criminal Code. 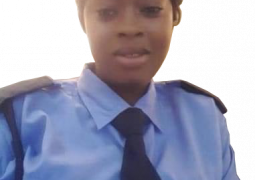 Police in The Gambia have arrested two juveniles for reportedly killing one Amadou Saikou Bah, a 20-year-old boy and a resident of Sanchaba Sulay Jobe in the Kanifing Municipality, The Point has been reliably informed. 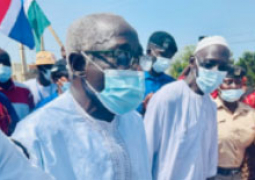