Sulayman Saho, the National Assembly Member (NAM) for Central Badibou has urged Gambians to grow more food crops during this year's rainy season to avoid food insecurity in the country.

A Central Badibou lawmaker made these remarks during an interview with The Point on Thursday.

Hon. Saho justified his comments relating it to global food insecurity, which he said is a threat and that The Gambia cannot be left behind. “But to avoid it, the people of The Gambia should grow food crops in order to save ourselves from the food insecurity.”

He called on the government through the Ministry of Agriculture to give out fertilisers to the farmers before the rainy season starts so that the country can achieve her target on food self-sufficiency.

The Central Badibou lawmaker used the opportunity to thank the people of Central Badibou for the trust that they bestowed on him by re-electing him to represent them at the National Assembly for another five years.

Hon. Saho thus assured the people of his constituency that he would continue to be their advocate at the parliament so that their challenges and concerns can be addressed by the authorities.

He said he would continue to work on his roads construction plan within Central Badibou for easy access to the remote villages and to advocate for the villages that don't have electricity so they could also be joined to the national grid. 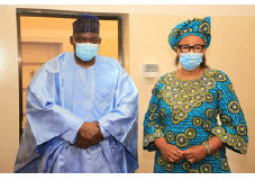 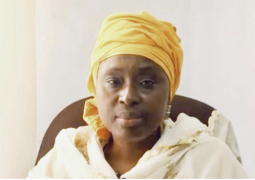