Gov’t plans to take over school feeding from WFP

Ramatoulie Sarr, deputy permanent secretary, Admin and Finance, Office of the Vice President, says that the government of The Gambia continues to spend tens of millions on school feeding and are gradually planning to take over the school feeding programme from the World Food Programme. 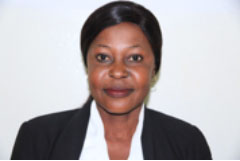 DPS Sarr was speaking on Wednesday while representing the vice president of the Gambia, Dr. Isatou Touray, during day-two National Social Protection Forum 2021 at the Sir Dawda Conference Hall in Bijilo.

The forum was organised by the National Social Protection Secretariat (NSPS), under the Office of the Vice President in partnership with UNICEF and World Food Programme.

This year’s forum was held under the theme: Social Protection: A Mechanism for Inclusive Development. Different sectors and ministries of the Gambia government gathered for the forum.

DPS Sarr further noted that the cost of hunger in Africa study launched by the vice president in early 2020 showed that in education, poor nutrition is known to negatively affect cognitive and psychomotor development of children and thus results in lower educational attainment.

“Undernourished children have a greater probability of starting school at a later age, repeating grades, dropping out of school and ultimately obtaining a lower level of education.” She added 34.6% of all repetitions in school in the Gambia were associated with stunting.

According to her, these effects exacerbate problems in social inclusion and increase or intensify poverty, both of which increase demand for social services including increased need for social protection interventions.

She, however, noted that the Gambia in 2020 had provided the biggest social safety net programme in the history of this country where 84% of the population was provided basic food items, noting that this was unprecedented, unique and absolutely relevant considering the impact of the covid-19 pandemic on the population.

“To further cushion households against the continued negative impact of the pandemic, the government again in 2021 provided food assistance to 15% of the population targeting the most vulnerable.”

“The recent assistance was complemented by food and distributions by development partners. This has helped The Gambia to avoid a humanitarian crisis as a result of the pandemic.”

Representing the World Bank, Lydia Mesfin Asseres, stated that it’s important to remember that people are central for economic growth.

“As countries around the world, transition from agriculture through manufacturing to a service-based economy, human capital becomes more and more important for economic production,” she said.

Ms. Asseres further said that investing in people not only increases the individual’s earning capacity but increases the productivity of the country as a whole, adding that is why it is important to invest in social protection, health and education.

“The human capital index is developed based on 5 indicators such as under 5 mortality, adult survival rate, stunting, years of schooling and learning,” she said.

“This became evident during the last budget session when parliament approved a large chunk of money for social protection,” he said.

According to him, they (parliamentarians) have also passed into law the Women Enterprise Fund Bill and the Disability Bill both of which support social protection. 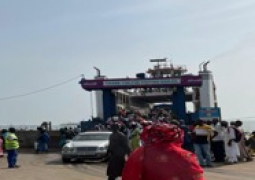 Regular commuters on the Banjul-Barra Ferry route have called on the Gambia Ferry Services (GFS) to implement its proposed 24-hour ferry service to ensure efficient crossing at the country’s busiest terminals.

The National Civil Aviation Security Committee (NCASC), on Wednesday, 29 June 2022 met over security matters affecting the aviation ecosystem of The Gambia. The meeting afforded the members the platform to identify strategic remedies to the security issues at the country’s only airport.