The minister of Information and Communication Infrastructure, Ebrima Sillah, on Tuesday refuted claims that the government identified expelled soldier, Omar Sarjo, as the son of Salif Sadio rebel leader in Cassamance, southern Senegal.

Sarjo told a local medium that he was relieved of his duties on the belief that he is a non-Gambian and the son of Salif Sadio the leader of the MFDC separatists in Cassamance.

Notwithstanding, the Information minister confirmed that Omar Sarjo’s topic was mentioned during a Security Sector Reform press conference last week. However, he said none of the government top officials spoke about Omar being the son of the rebel leader.

“Nobody ever mentioned who his parents were and also the issue of the Cassamance rebel leader,” Information Minister Sillah said. “Nobody mentioned that at our press conference and I don’t’ even know why anyone will even go and give that befitting response.”

There are allegations that the government expelled Corporal Omar Sarjo under the pretext that he is a Senegalese from Cassamance and an offspring of rebel leader Salif Sadio, leading to calls by sections of the public for his reinstatement and apology.

However, a press release from the spokesperson of the Gambia Armed Forces has clarified these notions, saying Omar was sacked after an investigation which found him wanting.

A GAF and SIS joint investigation which was conducted in 2017 found no evidence of allegations that Omar Sarjo is indeed the son of Salif Sadio.

However, the investigation found that ex-Corporal Omar Sarjo gained admission into the army on 1 July 2005 as a member of intake 27A under false pretense.

Further findings revealed that ex-Corporal Sarjo’s real name is Saikou Sarjo which was later changed to Saikou Sanneh to conceal his identity.

According to the joint investigation, Omar Sarjo used the Junior Secondary School Leaving Certificate of one Omar Sarjo, who is believed to be his cousin from Kabekel, to enlist into the army.

According to the press release, the investigations substantiated that the former corporal engaged in falsifying documents, consciously presented fraudulent academic credentials, impersonated third parties by using their biographic identities and used multiple names or aliases to conceal his real identity which are all punishable in the Armed Forces.

Pursuant to the Gambia Armed Forces Regulations for Discipline 1994, he was subsequently charged under section 75 (a) for willfully making a false entry in an official document and section 78 of the Armed Forces Act for conduct prejudicial to good order.

He was eventually dismissed from the army in 2017. 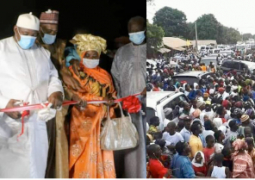 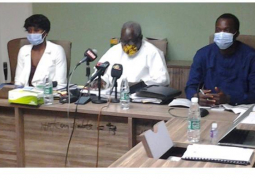