The management of Gamtel/Gamcel through Fatoumatta Bah Barrow Foundation has given D25 thousand dalasi and baby hampers to each of the first three babies of the year 2022 at three different hospitals within the Greater Banjul Area. 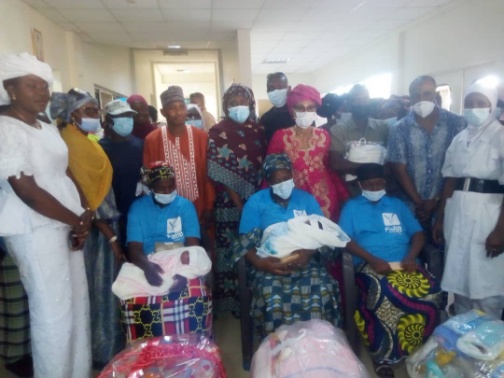 Madike Njie, Public Relation Officer (PRO) at Gamtel/Gamcel, said the annual first babies of the year initiative has been very supportive over the years. He expressed their commitment to the initiative. He stated that as a state owned enterprise in the telecommunication industry, their mission is not only providing telecoms products and services but also committed to supporting health and education sectors.

Mr. Njie said supporting the new born babies of the year is key and part of their social corporate responsibility. “The babies we support could be future leaders of this country or among those who would transform the lives and livelihood of people of their generation,” he also said.

Fatou Darboe, Karpowership representative, said babies are precious gifts of Allah, noting that it is a noble act to put a smile on the faces of their mothers who have gone through nine long months of pregnancy. She said this was why they in partnership with Fatou Bah-Barrow Foundation (FaBB) gave 15 thousand dalasi and baby hampers to each of the second babies of the year 2022.

Betty Saine, Chief Executive Officer (CEO) of FaBB, said when Fatoumatta Bah-Barrow took Office of the First Lady in 2017, she made a promise that she will extend support to the first, second and third babies of the year not only at EFSTH in Banjul but countrywide.

Madam Saine thanked their partners for their contribution since 2017, and expressed their willingness to continue the collaboration for the wellbeing of Gambians. However the third babies of the year also received 10 thousand dalasis each and baby hampers from the foundation.

Dr. Ahmadou Lamin Samateh, minister of Health, commended the first lady for her gesture and encouraged her and her foundation to continue supporting the health sector. 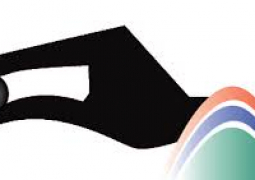 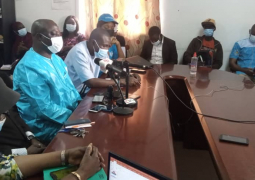 The Ministry of Health’s Expanded Programme on Immunization (EPI) is set to commence the second leg of its nationwide polio vaccination this Saturday, targeting about 95% of children in the country.