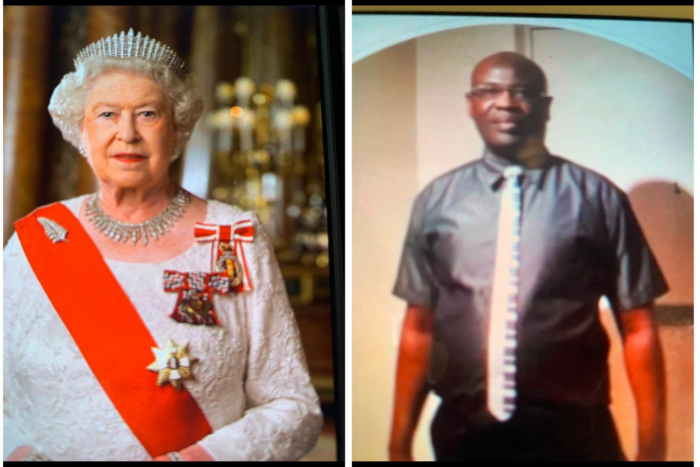 Pa Assan serves in the portering wing at the A&E - Accident and Emergency Department of the Royal London Hospital in Whitechapel.

He leads a team making sure that the numerous patients are at the right place and at the right time for their treatment in the most professional manner.

Hon. Pa Assan Badjan BEM who is a member of the SERCO team of Barts Health championing the values of the country’s National Health Service (NHS), is described by colleagues as enthusiastic about his work. He has been praised for his support for others during the covid-19 pandemic and the care and compassion he shows to patients.

On receiving the prestigious British Empire Medal awarded to individuals who have made a significant difference to their local community through ‘hands-on’ services, Hon. Pa Assan said, “being recognised for such a privilege as the BEM, especially approved by the Queen, is a true honour and makes me and my family very proud.”

He seized the opportunity to call all and sundry to collectively support frontliners’ fight and stop the deadly coronavirus for the common good of all countries across the world.

Hon. Pa Assan Badjan BEM who is a social commentator within the Gambian community in the UK is a humanitarian in his own right for the needy and also served as a journalist for many years outside his work which dates back to 1993, most of which is voluntary.

The British Empire Medal is awarded for meritorious civil or military service worthy of recognition by the Crown. 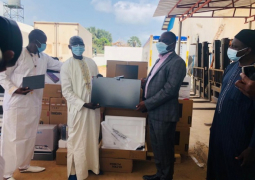 The permanent secretary of the Ministry of Health (MoH), Dr. Ahmadou Lamin Jaiteh, on Friday 23 July 2021 on behalf of his minister at the central medical store in Kotu, praised the World Bank after receiving modern technology equipment meant for COVID-19 vaccination and establishment of an electronic civil registration system within The Gambia health system. 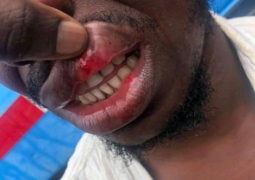 The ECOMIG security officers in a have allegedly assaulted one Ebrima Bah, claiming that he was late to leave the way for them to pass. 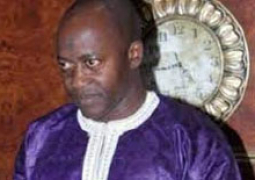 The opposition Alliance for Patriotic Re-orientation and Construction (APRC) on Friday issued a press release urging President Adama Barrow to review the agreement that led to the presence in Foni, of Senegalese troops in the ECOMIG mission.