The president of the General Transport Union of The Gambia (GTU), Omar Ceesay, during a press conference on Thursday accused The Gambia Police Force (GPF), over the frequent road accidents in the country. 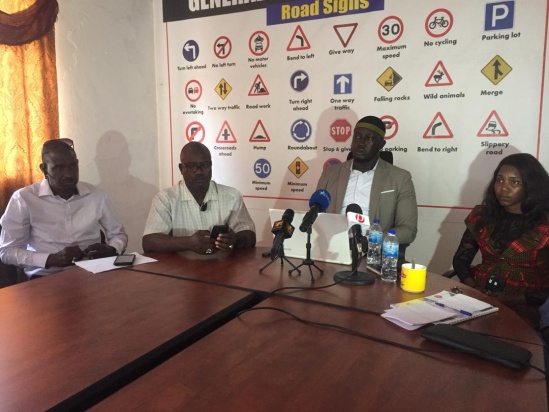 The Union noted that most of the accidents are caused by unqualified drivers who are being issued driving licences by the GPF without following the required procedures to acquire driving licence.

“Driver’s licence is very crucial in the lives of every road user, the issuing of Gambian driver’s licence fall under the purview of The Gambia Police Force since inception. But it is now becoming a concern that drivers having licence without undergoing the normal protocols is the main factor leading to road accidents,” Ceesay claimed.

According to him, in their aim to get first hand information from the members of the union about the challenges affecting road transporters and road users, the executive of the general transport union conducted a nationwide familiarisation tour from the 8th of February 2021 to the 5th of March 2021.

In that regard, the president of the union suggested that the government should create an independent institution that will be tasked with the responsibility of making Gambian driver’s licence under the purview of the central government.

He further stressed that Gambian vehicles face serious challenges to enter Senegalese territory by levying unjustifiable charges on Gambian vehicles such as PASS AVANT that last for only 10 days in contrast to the ECOWAS Protocol – that all member states are free to travel within the sub-region without any discrimination.

In line with the above, he added that all ECOWAS, member states’ vehicles can stay in any country for a period of 90 days, but the Senegalese are not adhering to that protocol agreement as failure to return after the 10 days, then they would be asked to renew the PASS AVANT or they will get arrested and a fine amounting to 1 million CFA imposed.