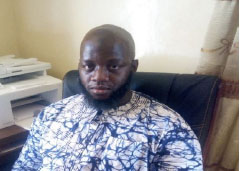 He added the only place The Gambia has for treatment is “Tanka Tanka” Psychiatric Hospital which is not a specialised drug treatment facility.

PRO Saidyba who was speaking to The Point when he made these remarks said cannabis accounts for the majority of drugs seized by his office.

He noted that two common drugs are mostly found in The Gambia (control drugs and prohibited drugs), as provided for in the Drug Control Act 2003.

Saidyba further said that control drugs are allowed by the law but are under restriction while prohibited drugs are not allowed under any circumstances except per the Act for scientific and medical purposes. However, he said even in such instances one needs to get clearance.

He said prohibited drugs in The Gambia include cannabis, heroin, cocaine, diazepam, ecstasy, conk, among others.

According to research, the rise in the incidence of psychotic illness reflects the increased background use of cannabis by the local population.

Cannabis grows naturally in The Gambia and other parts of Africa and has been used as a recreational drug for centuries but its abuse is now widespread in both rural and urban populations in the country resulting in mental illnesses among its users.

Mr Saidyba observed that Cannabis is highly used in The Gambia because it is readily available, cheap and easily accessible compared to other drugs.

He further stated that arresting people with drugs and taking them to correctional facilities is to Reform, Rehabilitate and Reintegrate them before they return to the society.

He also said that drug demand reduction has to do with prevention, treatment, care, harm reduction and alternative livelihood.

The DLEAG PRO said there are people who do not sell drugs but use them and get addicted in the process.

He urged Civil Society Organisations (CSOs), influencers and parents to identify users and sellers and engage them in stopping or mitigating the abuse of cannabis.

He confirmed that they have arrested children as young as 9 years old with cannabis. “Primary school students are being arrested with drugs nowadays,” he added, saying, parents are using their kids to traffic drugs, telling them they are students and will not get caught.

Most of the cannabis sativa found in The Gambia comes from the Cassamance region of Senegal and the West Coast Region of The Gambia although it is grown in diverse places across the country.

Statistics from seizures reveal the presence of other forms of controlled and prohibited drugs like cocaine, heroin, clonazepam, diazepam, and bronazepam.

The advent of new psychoactive substances is a threat that The Gambia is equally not exempted from. 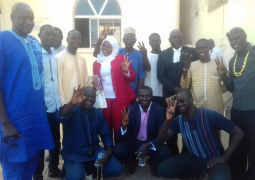 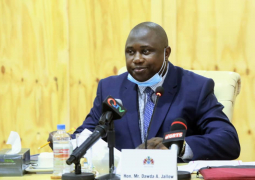