Gambia certified on elimination of trachoma

The Gambia has become the second country in sub-Saharan Africa after Ghana to eliminate Trachoma, one of the leading causes of blindness. 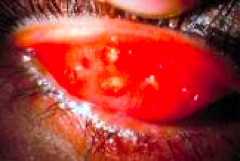 The achievement, according to experts, did not happen overnight, but rather through decades of persistent and meticulous implementation of the World Health Organisation SAFE Strategy for Trachoma elimination.

At a press briefing held on Monday to present certificate of confirmation signed by WHO director general to Gambia’s health Minister Dr. Ahmadou Lamin Samateh, Dr. Desta A. Tiruneh, the World Health Organisation country representative described the event as historic day for the Gambia and the for global public health.

He noted that the resolution to eliminate trachoma as a public health problem was adopted by the 51st World Health Assembly in 1998.

“Since then, WHO has been providing strategic guidance and support to countries including The Gambia to implement this strategy. The WHO SAFE strategy is a combination of targeted interventions known by the acronym ‘SAFE’ which stands for Surgery for trichiasis (inturned eyelashes), antibiotics, facial cleanliness and environmental improvement.

Trachoma, he said, is the leading infectious cause of blindness worldwide and affects 44 countries.

“It is responsible for the blindness or visual impairment of about 1.9 million people. It is caused by bacterium chlamydia trachomatis and is transmitted by direct or indirect transfer of eye and nose discharge of infected people particularly young children who harbour the principal reservoir of infection. These discharges can be spread by flies.” he added.

For his part, Dr. Ahmadou Lamin Samateh, minister for Health described the day as historic, while paying glowing tribute to all the stakeholders and collaborators and past health ministers who contributed towards the achievement.

Dr. Samateh revealed that the country’s National Eye Health Programme (NEHP) is recognised globally as a model because of the design and strategies used to establish eye care services which reduced blindness prevalence from 0.7% to 0.4% level comparable to developed countries despite a growing increase in population.

“The design of the NEHP has made it possible to establish eye care services that meet the eye health needs of the population by making services easily accessible, affordable and of high quality.”

The Health minister indicated that the leading cause of blindness were Cataract 47% and Trachoma 17%, noting that other corneal opacities mainly associated with childhood measles or harmful eye medicines 11%.

Minister Samateh noted that the elimination of trachoma as a public health problem is a significant contribution towards the attainment of the country’s National Development Plan and the Sustainable Development Goals.

“We take this opportunity to renew our commitment towards the new WHO Roadmap 2021- 2030.”

Sarjo Kanyi, coordinator of trachoma programme of the National Eye Health Programme (NEHP) at the Ministry of Health gave an overview of efforts leading to the day, noting that since inception decades ago, they have not relented on their laurels to making sure that they eradicate trachoma in the country.

Bala Joof of Sight Savers International in Guinea Bissau hailed the government and all those who contributed towards making this achievement a reality. 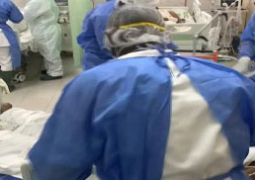 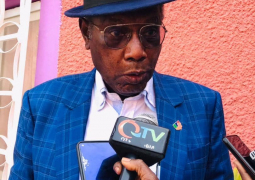 The chairman of the Independent Electoral Commission (IEC), Alieu Momar Njai, on Thursday called on Gambians to fully participate in the 2021 general voter registration exercise.