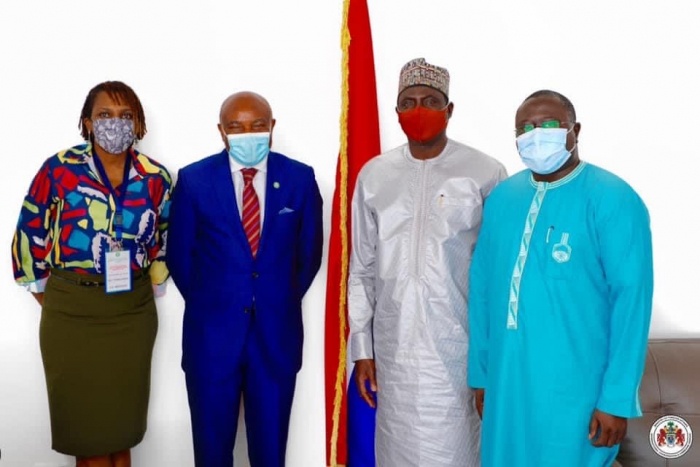 The Honourable Minister welcomed Professor Okolo and thanked him and his team at WAHO for the swift response and support given to The Gambia when Covid -19 pandemic initially broke out.

In his brief, the Director General of West African Health Organisation, Professor Stanley OKOLO, said he is in Banjul to discuss with officials ways of assisting The Gambia in the area of COVID-19 and also work towards envisaging the reopening of borders within the region.

Professor Stanley indicated that support earmarked for the health sector was discussed during the state visit of German President, His Excellency Frank-Walter Steinmeier, to The Gambia. He said The Gambia would decide the aspect of support needed in the country’s health sector.

WAHO Director recalled that his organisation previously supported The Gambia in critical health materials and those funds which were solicited from the African Development Bank. The support, Professor OKOLO said was made possible as a result of a special case WAHO made for The Gambia, Mali and Guinea Bissau.

It could be recalled that WAHO was established by ECOWAS Protocol A/P2/7/87 on 9 July 1987, signed in Abuja by the Heads of State and Governments with the ultimate objective of contributing to the attainment of the ideal of the creation of an Economic Union of West Africa, in accordance with Article 3 of the Revised ECOWAS Treaty. 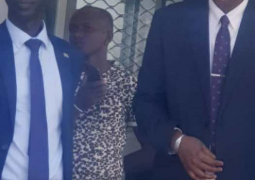 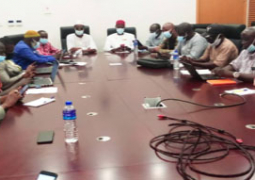 A three day inception workshop on the Voluntary Local Review (VLR) is currently underway at the Sir Dawda Kairaba Jawara International Conference Center. The exercise is supported by the United Nations.

Following concerns expressed about reports of testing and quarantine of Africans including Gambian nationals to forestall covid-19 in Guangzhou, China, the Ministry of Foreign Affairs, International Cooperation and Gambians Abroad, through its Embassy in Beijing conducted enquiries about the situation and received the following update: