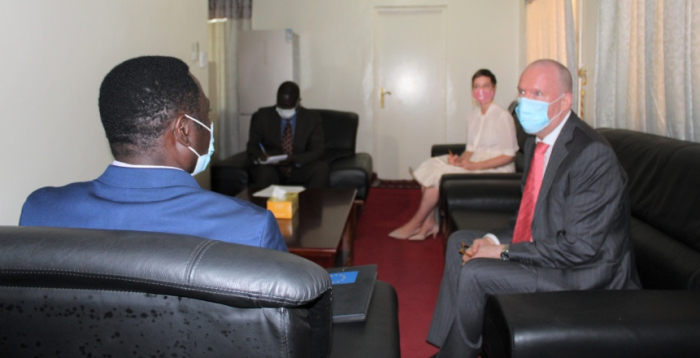 After warmly welcoming the new EU Ambassador, Foreign Minister Tangara conveyed best wishes of His Excellency President Adama Barrow to the new Ambassador and assured him of the full support of the Government of The Gambia during his tour of duty. The Minister said The Gambia is ready to strengthen development and cooperation with the EU with a view to further delivering the much–needed development for the people of The Gambia.

He used the opportunity to call for more openness and collaboration in pursuit of economic development. “My door and doors of all the Ministers are opened to you at any time to discuss any issues to facilitate your work, which is also ours,” said Minister Tangara.

For his part, the new EU Ambassador expressed delight to be at the Foreign Ministry and commended Minister Tangara for the warm reception accorded to him and the delegation. He assured that the EU would continue to closely work with The Gambia in strengthening bilateral and multilateral issues.

In another diplomatic engagement, Foreign Minister Tangara met the High Commission of the United Kingdom to The Gambia, H.E. David Belgrove OBE. High Commissioner Belgrove was at the Foreign Ministry to wish happy New Year to the Honourable Minister and also discussed ways and means of building the capacity of members of The Gambia Armed Forces. They discussed the situation of COVID–19 in both countries and how efforts can be synergised in collectively combating the pandemic.

Foreign Minister Tangara also received the French Chargé d'affaires, Joel GODEAU in his office. H.E. GODEAU was at the Ministry to make an assessment of the current bilateral relations between Banjul and Paris with a view to strengthening bilateral cooperation. They also discussed preparations for the visit of French Navy ship and members of French National Assembly to The Gambia among other crucial bilateral issues.

Also at the Foreign Ministry was veteran journalist, Mr. Pap Saine, Managing Director and Co-founder of independent Point Newspaper. Mr. Saine paid a courtesy call on the Foreign Minister to thank him for the invaluable services he is rendering to the country. The veteran journalist said Minister Tangara is dynamic, experienced and well respected in the international community noting that is something to reckon with.

“Tangara is a journalist. He started his career at The Point newspaper under my late friend, Deyda Hydara and me. He was editing The Point.  We are proud of him because we contributed to making him,” Mr. Saine said of Foreign Minister Tangara. 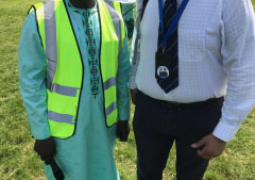 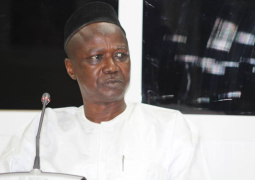 Barrow announces another 7-day of state of public emergency

State House, Banjul, 15th July 2020 – In exercise of the powers conferred on him by section 34(6) of the 1997 Constitution, His Excellency, Adama Barrow, President of the Republic of The Gambia has further declared a State of Public Emergency in the whole country.