“I hereby invite this august assembly to ratify the following agreement called the Development Objective Grant Agreement (DOAG) aimed at strengthening democracy, peace and stability in the country.”

The Finance minister revealed that the government of the Gambia launched the National Development Plan (2018-2021) aimed to deliver good governance, accountability, social cohesion, national reconciliation and a revitalised and transformed economy for the wellbeing of all Gambians.

According to him, in line with the overarching goal of the NDP and its strategic priorities, the United States Agency for International Development (USAID) is providing support to The Gambia through the Development Objective Grant Agreement (DOAG).”

He added that the government of The Gambia under the leadership of President Adama Barrow is committed to strengthening democratic institutions and enhancing accountability to the Gambian people based on the rule of law.

Highlighting on the development objectives and activities under the DOAG, the Finance minister said to bolster government’s efforts and address the aforesaid gaps, the DOAG will contribute to expanding, protecting and strengthening the Gambia’s democratic progress by enhancing the agency of both citizens and civil society and also strengthening institutional and human capacity within the Executive, Legislative and Judiciary of the government of The Gambia.

Under the development objectives and activities of DOAG, he added, is protecting and promoting the advancement of civic actors to exercise and promote their civic and political rights safely and securely.

Furthermore, he said it aims at advancing the capabilities of the justice sector to safeguard and advance the civic and political rights, and to capacitate the institutions of governance to deliver government services transparently, equitably, efficiently and effectively are part of the development objectives and activities under the DOAG. 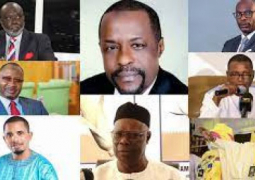 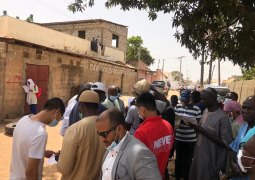