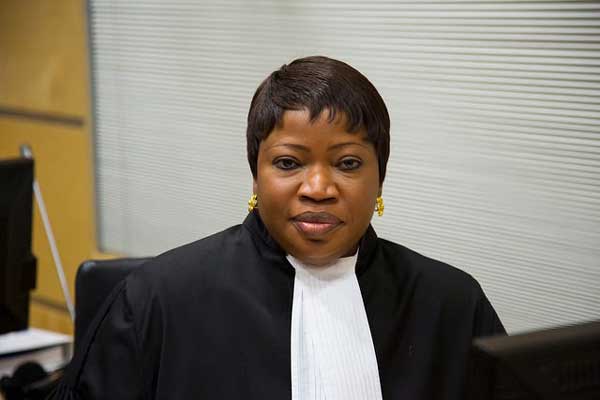 The Europeans are also demanding the ''instant withdrawal of threats‘’ against the Court officials.

Fortified by the Rome Status, the EU said it is ''standing by'' Fatou Bensouda and the ICC and once again requested for the ‘‘immediate and unconditional withdrawal of all sanctions.’’

An EU official familiar with the case who responded to The Point immediately after the sanctions were made public by US officials, said: ‘‘Our voice is loud and clear…We are against any sanction or sanctions against Fatou Bensouda… including any attempt to intimidate her… We also affirm the indispensable and significant work of the ICC which must be protected’’. Finally, we reiterated that the EU is in full support of the Rome Statute’’.

Donald Trump, US President, already issued an Executive Order approving sanctions against ''ICC officials, employees and agents… as well as members of their immediate families.’’

Fatou Bensouda, fondly called Fatou Bom in The Gambia, has vowed to investigate alleged war crimes in both Palestine and Afghanistan despite protest and condemnation from the United States and Israel who described the Court as ‘‘illegitimate…violates all the principle of justice and had no authority…’’

Furthermore, Mike Pompeo, the US Secretary of States publicly castigated the Court and personally accused Fatou Bensouda in person and her team of ‘‘illegitimate attempts to subject Americans to its jurisdiction.’’ He added that ''any individual or entity who materially assisted'' her would be also subject to sanctions.

Nevertheless, during the annual meeting of the Court’s member states in The Hague recently, EU officials strongly maintained their support of the Court as an ''independent and impartial judicial institution…in a time that the rules-based international order is facing increased pressure… ’’

The ICC was set up in 2002 as an independent and impartial body to prosecute accused person or persons of war crimes and other crimes against humanity but since then, it is a torn in the flesh of some countries around the world.

Human rights groups across Europe have also thrown their support behind the ICC and unanimously denounced the sanctions and demanded the “full protection of Fatou Bensouda and the ICC.”

A Senegalese soldier and a Malaysian national who entered the country through Amdalai Border have been taken to quarantine as the country’s coronavirus confirmed cases surpassed 2000.