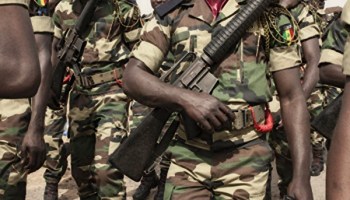 According to sources, the incident happened on Saturday evening involving ECOMIG vehicle bearing plate number 47 GA 51. Our source further stated that the four were confirmed dead at the scene and later rushed to Sukuta Hospital by some bystanders.

This is not the first time ECOMIG soldiers are alleged of killing innocent citizens; Haruna Jatta, among the six protesters shot by ECOMIG forces stationed in Kanilai during a protest, was killed in May 2017. The protesters were reportedly demanding the evacuation of the West African troops to leave the area because "they consider ECOMIG to be an occupying force.”

ECOMIG forces were deployed to Kanilai and other parts of the country in January 2017 to oust former president Yahya Jammeh after he refused to step down following his December 2016 election defeat. After five years since Jammeh fled into exile, the Gambia government has been extending the mandate of the soldiers despite peace and stability in the country. 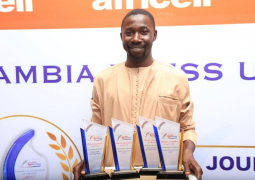 Deputy clerk, Legislative Business and Programmes of the National Assembly of the Gambia, Daniel Cardos, sensitised a batch of new staff on some of the cultural perseverance required to execute the mandate of the House.