After long screening and interviewing, the Crew Ship Crew Gambia (CSCGambia) management is set to deploy its new hired qualified crews aboard the Royal Caribbean Crew, one of the top crew lines in the world. 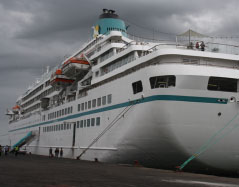 Revealing this to The Point in an interview at his office in Fajara, Alagie Bojang, general manager, Recruitment of CSCGambia Limited, said qualified Gambian youths were recruited for the job of cooks, assistant cooks, waiters, junior stateroom stewards, junior bar servers, utility bar, galley, hotel and utility stores among others.

According to him, Cruise Ship Crew Gambia is an international registered agency both in the United State and in The Gambia which “started its operation since 2014 with Norwegian Cruise Line as a managing agency supplying the cruise line with talented and qualified crews from The Gambia. And Norwegian Cruise Line is one of the three best cruise lines in the world with headquarters in Miami.”

Starting with Norwegian Cruise Line, “we were able to send some Gambians recruited for restaurant and kitchen departments among others,” he stated.

Mr. Bojang noted that CSCGambia is a licenced organisation recognised anywhere in the world as manning office that regularise its status with the Gambia Maritime Agency (GMA), custodian of all maritime activities legally established. “This has given us opportunity to secured contract with Royal Caribbean Group, one of the top crew lines in the world after their due diligence,” the general manager for recruitment disclosed.

He added that their contract with Royal Caribbean Group is hiring partner and “we are the only agency hiring for them in the whole Africa. Hiring partner means that we can recruit and give jobs on their behalf while South Africa is only a referral agency, meaning we are higher than them as they cannot directly higher people but referring them to the company,” he boasted.

Alhagie Bojang explained further that Royal Caribbean Group has given CSCGambia a big opportunity as its target in The Gambia is 3000 crew members or close to 5000 “but at the moment, we have applicant challenges. So far we have only recruited 500 Gambians who all have jobs and awaiting deployment, while the first deployment crews from The Gambia is scheduled for 24th and 26th October, 2021 and will be leaving for United State to start their jobs in various Royal Caribbean States.”

Dilating on the recruitment process of the crews, he said, “when it comes to recruitment, it is absolute free for the applicant to get job as there is no fee charge or level on anyone. What we do is to send the application link and advise them to come to the office for guidance to enable them fill and upload the necessary documents.”

Once an application is submitted it will be reviewed and the person be invited for interview, and whoever that performs well will be given the job, affirmed by the general manager for Recruitment.

However, in preparation, any recruited crew is required to do a standard training which is a basic requirement and “this training is conducted by Gambia Maritime Agency (GMA), while they will be certified by the GTTI under the MLC 2006 because you cannot go on board without the training.” 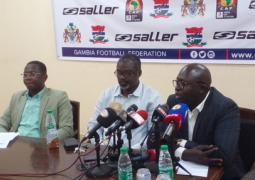 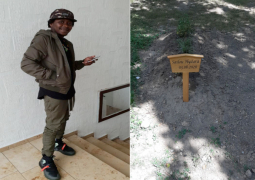