The eight soldiers who were convicted of treason recently have been acquitted and discharged by The Gambia Court of Appeal. 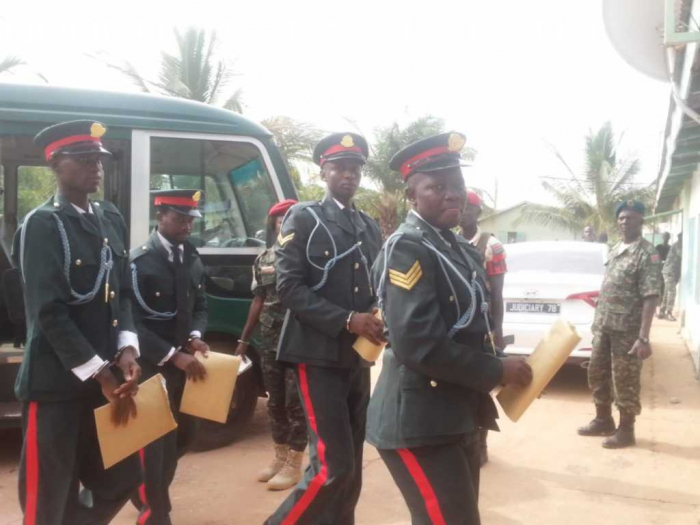 Capt. Yahya Beray Jammeh, Lt. Abdoulie Jarju and Lt. Yaya Jammeh were all acquitted and discharged on all counts by the appellate court.

The judgment was delivered on Monday, 21st December 2020 setting aside their 9 year jail term.

The judges of the appellate court declared that the proceedings of the General Court-Martial were a nullity and thus, their findings were void.


This held that view after the prosecution failed to produce the written consent of the Attorney General as required by law before starting the case.

The accused persons were alleged to have been members of a WhatsApp group dubbed- ‘Ajamat’ or True Friends meant to be a platform, where they used to discuss their planned coup.

It was adduced by the prosecution that the intention of the participants of the WhatsApp group was to carry on with their planned coup on the 22nd July 2017, arrest the chairman of the Independent Electoral Commission (IEC), lawyer Ousainou Darboe, Mai Ahmed Fatty, the Chief of Defense Staff, Massaneh Kinteh and some other prominent people in the country.

According to the investigators, the messages (chats) in the WhatsApp were deleted by the participants of the groups after the group was discovered. It was also discovered that the cell phone numbers in the group were registered using third-party names, while some of the numbers were not registered.

With the help an IT-expert, the Board was able to retrieve their conversations and the audios were transcribed by a person hired to write down the audio messages.

Lawyer Sheriff Kumba-Jobe for the convict/appellants said the court-martial lacked the jurisdiction to try them on the charge of treason in the absence of the written consent by the Attorney General.

She argued that section 39 of the Criminal Code makes it mandatory for the written consent of the Attorney General to be obtained without which, she added, a court cannot try anyone for the charge of treason.

Lawyer Jobe further contended that the trial with respect to the charge of treason infringed the right of the accused persons to fair-hearing as enshrined in the 1997 Constitution.

Principal State Counsel Abdul Maita Yusuf contended that the accused persons were not tried under section 35 of the Criminal Code, but 83 of The Gambia Armed Forces Act.

He maintained that the Attorney General was represented by the Director of Public Prosecution (DPP), Principal State Counsel and other State lawyer, which is enough to suggest that the AG’s consent was already obtained.

The Justices of the Court of Appeal found the argument of the State/Respondent as misplaced as they held that the consent of the AG has to be written.

They also held that the argument by the State that the accused persons were not charged under section 35 of the Criminal Code was untenable considering the facts of the case deduced from the recording of proceeding.

She held that the argument by the State has no basis in law, thus, shaky.

Justice Na-Ceesay Wadda, who read the lead judgment, said the consent of the AG has to be written which should be served on the defense and the court.

In this instance, the Judge maintained that written consent of the Attorney General was not filed and served on the defense as required by law.

She recalled that lawyer S.K. Jobe raised the issue of the lack of the written consent of the Attorney, which was erroneously dismissed by the court-martial.

“It is a fundamental requirement for a valid prosecution that section 39 of the Criminal Code (written consent of the AG) must be complied with,” she said.

She ruled further; “The Consent has to be written. It cannot be implied upon the mere presence of officers of the Attorney General’s Office.”

Justice Na-Ceesay Wadda indicated that the word ‘shall’ is commanding, which she said, is usually given a mandatory meaning.

“It does not give room for maneuver,” she said.

She said the DPP has his or her constitutional powers, which are subjected to the approval of the Attorney General.

She upheld the argument by Lawyer S.K. Jobe that section 39 of the Criminal Code (CC) which provides the basis for obtaining a written consent from the AG is a mandatory pre-requisite for the charge of treason under section 35 of the CC.

She held that the Judge Advocate, Justice AminaSaho-Ceesay misdirected the panelist of the court-martial, who eventually overruled S.K. Jobe, who was requesting for the written consent of the Attorney General.

Equally, Justice Na-Ceesay held that the charge sheet was signed by one Capt. Alagie Jarju and Major General Yakuba Drammeh, the Deputy Chief of Defense Staff, as he then was.

“In the light of this gleaning fact, how does this show the Attorney General consented to the charge?” the Judge asked.

She declared the trial in respect to the charge of treason a nullity and therefore, void.

“One cannot put something on nothing and expect it to stand. The judgment was a nullity with respect to the charge of treason,” she said.

The entire proceeding on this charge, she added, was a nullity and thus discharged and acquitted all of the accused persons on the charge of treason.

Justice Na-Ceesay Wadda held that the court-martial lacked the jurisdiction to try them since the written consent of the Attorney General was not obtained.

“The court-martial has no jurisdiction to try the accused persons under the count of treason,” she ruled.

It could be recalled that 8 soldiers were arrested sometime in 2017 on charges of treason, concealment of treason and mutiny, among other counts. 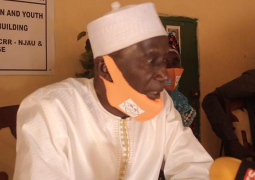 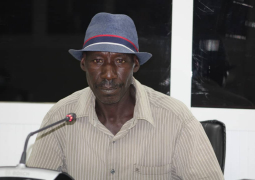 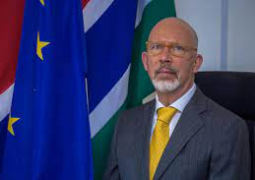 EU allocates over D12M in aid to windstorm victims

Banjul, 22 July 2021 – In response to the windstorm which hit The Gambia earlier this month, the European Union is providing €200,000 (12,053,000 Gambian Dalasis) in humanitarian funding to assist the most affected people.