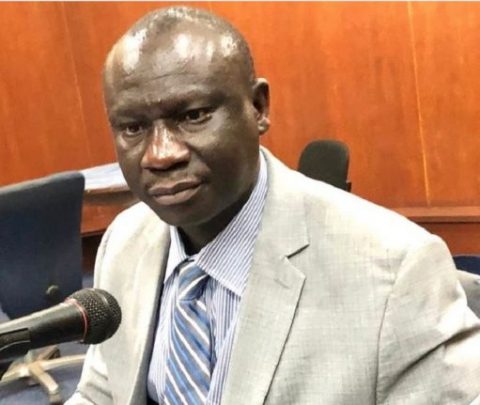 According to Central Bank Governor Buah Saidy, in the fourth quarter of 2020, the foreign exchange market recorded an excess demand of US$5.72 million indicative of a pick-up in economic activity during the period as fears of the Covid-19 was allayed by the production and roll out of the vaccine.

He indicated that the volume of transactions in the foreign exchange market declined to US$2.17 billion as at end-December 2020 compared to US$2.20 billion in the corresponding period of 2019.

After taking some factors into consideration, Governor Saidy said the committee decided to maintain the policy rate (MPR) at 10%, maintain the required reserve at 13% and the standing lending facility at 11.0%.

Dwelling on the real sector, the governor further indicated that the Gambia Bureau of Statistics (GBoS) estimated real GDC growth for 2019 at 6.2%, 0.3 percentage points lower than the 2018 real growth. He added that growth was largely aided by good performance in the services sector, construction and improved business sentiments.

The former Finance PS continued by dilating on the development of the external sector, stating that the preliminary balance of payments estimate for end December 2020 revealed a worsened external sector position for the country.

On fiscal operations, Mr. Saidy reiterate that the preliminary data on the government fiscal operations for 2020 showed a deterioration in the fiscal position, while adding that overall budget deficit, including grants expanded to D4.2 billion in 2020 from a deficit of D2.7 billion in 2019. He further stated that the budget deficit including grants rose to D13.4 billion in the review period relative to a deficit of D7.5 billion a year ago.

The Gambia government and the World Bank (WB) have signed earlier Thursday a US$20 million budget support agreement.

The signing of the budget support agreement took place at the Ministry of Finance and Economic Affairs in Banjul.

The minister of Finance and Economic Affairs (MoFEA), Seedy Keita, who signed the agreement on behalf of The Gambia government, expressed gratitude to the bank for the gesture. 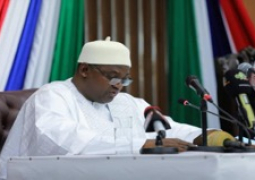 Speaking during the State of the Nation Address (SONA), President Adama Barrow revealed that as The Gambia prepares to start trading under the AfCFTA framework, his government now has a 10-year AfCFTA National Implementation Strategy, 2021-2031.