The staff who held a press conference on Tuesday 5th April has urged the Health Ministry to rescind its decision and retain CEO Manneh at the hospital.

Speaking at a press conference held at the hospital ground, Omar Ceesay, spokesperson of the Bundung Maternal and Child Health Hospital (BMCHH) urged the Ministry of Health to rescind its decision and retain CEO Manneh with a view to enabling him accomplish his desired goals at the hospital.

“Immediately the news of Manneh’s redeployment broke out at the hospital, we made follow ups and even visited the health ministry with a view to discuss with them in ensuring that the decision is rescinded but to no avail.”

“Again, we also formed a taskforce at the said hospital tasked with the objectives of engaging the Health minister in order to ensure that (CEO Kebba Manneh) stays at the hospital. We want him to stay at the hospital so that he would continue to deliver quality health service delivery to women and children of the country especially the catchment area,” he posited.

The permanent secretary at the Ministry of Health, he added, in a reply to one of their letters which was addressed to him, said: “The move to redeploy the respective CEOs is for the good of the said institution.”

The PS’s reply, he said, “was received with mixed emotions” due to the fact that BMCHH is the only government hospital whose current maternal mortality rate stands at 0.1% as of 2021.

Nyaling Saidykhan, a concerned patient, urged the Ministry of Health to retain CEO Manneh at the said Hospital, while further claiming that: “If Mr Manneh leaves the hospital, then it will be disastrous.” 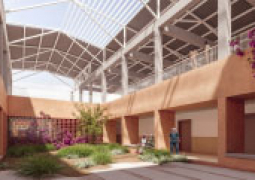 The president of The Gambia, H.E. Adama Barrow yesterday, Thursday, laid the foundation stone for the building of a mega all-inclusive National Emergency Treatment Center at the Farato Farms on the Brikama Highway, West Coast Region. 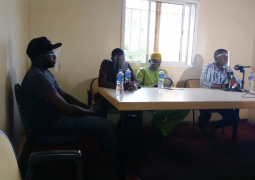 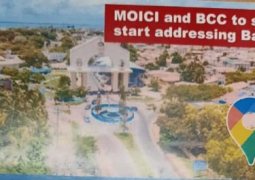