The Gambia will go the polls for presidential elections in 2021 and the APRC Deputy Spokesperson Mr. Jah said no single party can form a majority and subsequently unseat the incumbent.

He believes that incumbency is always an advantage and the only way for a Barrow defeat is when political parties form a coalition in the upcoming elections a similar tactic employed by the 2016 coalition.

As a result, he said the APRC party is willing to work with any party that has the same objective which is to dethrone the incumbent democratically.

Asked if his party will accept if United Democratic Party UDP proposes alliance Mr. Jah said “of course we want to be in power if they offer us that we will accept it, UDP or any other party.”

In an exclusive interview with this reporter, he added “if the need arises that we also have to back other parties where our interest is, we’ll also do the same it depends on our negotiations but we are also open to backing others.

“We are relying on alliance with other political parties that we have common views, policies, aims and objectives, interest for this country; we’ll join with them to make sure that the incumbent is no more after 2021.”

He claims the only obstacle to achieving that is if political parties go solo.

“In politics you don’t have permanent friends or permanent enemies but permanent interest. So wherever our interest lies, our doors are open to parties. We cannot say no to any party,” the APRC executive secretary said.

APRC’s candidate Yahya Jammeh was narrowly defeated in the 2016 presidential elections with a total of 208,487 votes.

The coalition candidate and eventual winner President Barrow won the election with a total of 227,708 votes.

It is arguable that three thirds of those who voted for the coalition were UDP sympathisers. This argument can be referenced to the performance of the party in the parliamentary elections winning 31 out of the 53 elective seats.

Analysts say APRC and UDP will be a formidable team and would be next to unstoppable.

However, if anything is to go by the relationship between the two giants in the past two decades, this alliance is a far-fetched dream. 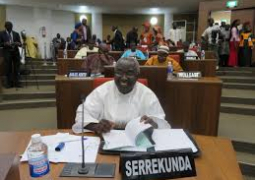 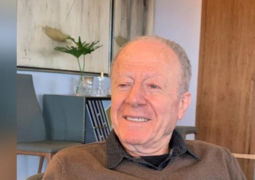