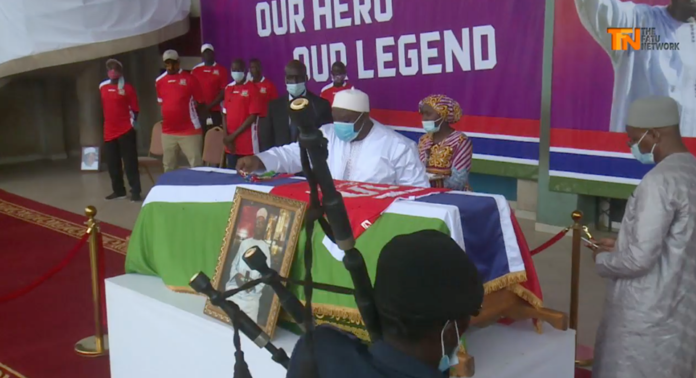 “My government is development oriented and prefers results to rhetoric,” which he believes serves no purpose as Gambians are just interested in development. He, moreover, further said that over the past four years, the country has witnessed remarkable progress in several areas.

President Barrow was speaking on Wednesday in Farafenni as his tour continued. At the Farafenni meeting, several people from the opposition GDC and UDP switched allegiance to the NPP in what has now become routine since the tour began.

He said: “I want to bring unprecedented development to the door step of every Gambian. I want to leave a good legacy after leaving office. I want people to be talking about the projects that I brought in the country like bridges, roads construction, and electricity among others.”

Barrow maintained that he promised to increase the momentum to ensure that every part of the country benefits from his development programs, while commending the people of Farafenni for the large turn-out, claiming that it will dispel any misgivings his opponents might have had about this border settlement.

Hamat Bah minister of Tourism and Culture welcomed the defectors in to the NPP, which he said is evidence of the President's popularity amongst the masses that have seen and felt the effects of his development programmes. He challenged all eligible Gambians to register for the upcoming elections, particularly the youth, as their voices would be critical in deciding the outcome.

Minister Bah further stated that President Barrow has no issues with the diaspora voting, but contended that the process should be open to all Gambians irrespective of the country of residence.

Local NPP leaders including Mustafa Dibba, Alhaji Sambujang Jagne and Karamo Jadama described the turnout as the beginning of an era for the NPP which has “now outnumbered its opponents.” They promised to keep the momentum to deny their rivals the chance to regain the initiative.

At the Daru Rilwan meeting, Minister Ahmadou Lamin Samateh, said the development of the country especially in improving the country’s health sector is among the top priorities of The Gambia government, adding that his ministry is aware of some of the challenges inhabitants of the area are facing, promising that they will be soon addressed.

“The ministry is aware of the incident where a woman delivered on the road while on her way to a nearby hospital. In fact, there was a time when a horse cart transporting a pregnant to hospital was attacked by hyenas. This was a sad incident. However, I can assure that the village hospital will soon be expanded and a new labour ward will be constructed in the said hospital that will enable pregnant women to deliver safely.”

Responding to the challenges raised by the community of the area especially on shortage of medicine, he said, there’s enough medicine at the store in Kanifing. “I’m even confused as to why the health facility will have drug shortage while there is enough drug in the country. I can tell you that the issue will soon be addressed. Our objectives are to ensure that no one goes outside the country for medication.”

Dr. Samateh claimed that the community ambulances which are initiated by President Barrow will soon kick-start. “Communities will now be given ambulances in order to transport sick people to nearby hospitals or health centres.”

Ministry of Health has announced an update on the entry requirements into The Gambia in response to Covid-19, stating it is in line with the current status of the Covid-19 response in the country. 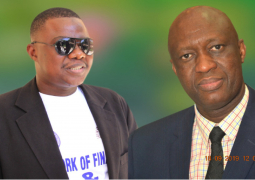 State House, Banjul, 3 February 2021: President Adama Barrow received the Letters of Credence of the Malaysian High Commissioner to The Gambia, H.E. Shazelina Zainul Abidin, the Ghanaian High Commissioner, Gloria POKU, and Ambassador of The Arab Republic of Egypt, H.E Noha Ahmed MAHER KHEDR at a ceremony held at the State House in Banjul, on Tuesday.

Banjul, 22nd March 2021– The Ministry of Interior (MOI) is set to launch the Prisons Rapid Assessment Report, Photobook and Documentary with the support of UNDP on Wednesday 24th March 2021 from 8:30am to 1pm.