The Gambia government’s 2017 financial statement, published in 2019 but made public on Thursday 21 April 2022, has it that the Office of the President (OP) paid a supplier D22.5 million for renovation works at State House through single sourcing, and a week after signing the contract, an excess payment of D424, 680 was made between the agreed amount and the paid amount. 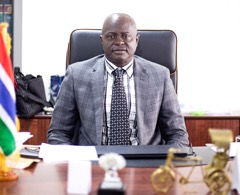 “We detected a high risk of lack of transparency in contracting as the contract may have been awarded after the completion of work. The work was also not certified by the Ministry of Works, although GPPA issued no objection to the procurement, there is a high risk of potential loss of public funds in non-transparent bidding processes.”

According to the report, another payment of D21.8 million was made to a supplier for delivering furniture, household and other office equipment for the Office of the President, without documentary evidence for the procurement or for choosing that supplier.

However, the report added that a payment of D11.5 million was made to a supplier for the purchase of six vehicles for Cabinet ministers without any approval from the Major Tender Board, or for single sourcing by GPPA.

“review of further documents showed that this procurement was done through directives by OP and bypassed procurement processes.”

Highlighting the Irregular Procurement, the report further revealed that about D17 million was spent in purchasing eight (8) vehicles by the Office of the President but upon reviewing the GPPA approved documents and Major Tender Board minutes, the Audit Office later found out that only seven vehicles were bought instead of eight.

On Improper Bank Account Management, the report noted that all self-raised department revenue, should be transferred to the Consolidated Fund at Central Bank but the Audit Office noticed that receipts totalling D183.6 million were held in commercial bank accounts and managed from the Office of the President without any evidence to show that approval was granted by the Ministry of Finance to use the money for something else, or keep in these accounts.

Additionally, the report stated that in 2017, the government provided loans to State-Owned Enterprises (SOEs) amounting to D11 billion without proper record management system to determine outstanding debt balance of the SOEs and the ability to accurately assess the amount of loans each SOE should be given.

“In 2017, unbudgeted interest payments were made on government debts amounting to D121.5 million with no clear budget line in the National Assembly approved budget for 2017, and as result, there is a risk that this amount was misstated and therefore indicates a weak supervision of the budgetary review process,” the report affirmed. 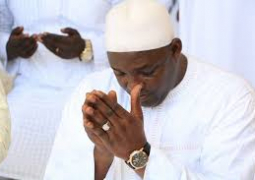 State House, Banjul, 21st September 2020: Secretary General and Head of the Civil Service, Mr Nuha Touray has called on his colleagues in the Civil Service to be result oriented and proactive to strengthening good governance.