The deputy permanent secretary (DPS) at the Ministry of Gender, Children and Social Welfare has affirmed that domestic violence drastically increased in the country during the covid-19 pandemic. 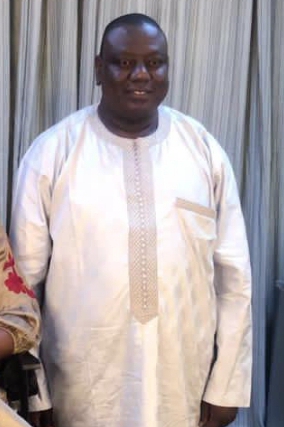 DPS Kajali Sonko, who was speaking yesterday during the opening of a two-day training for school teachers and school authorities in the Upper River Region, said: “Within the period of 2019 to date, the number of domestic violence cases increased three fold. This is because people were staying together.”

The two-day convergence which also brought together cluster monitors, with funding from UNICEF is meant among others to orient the participants on child marriage, Gender Based violence (GBV) and Female Genital Mutilation/ Cutting (FGM/C).

“Previously, we were counting a thousand or less than that. However, recently when we put up our statistics, we realise that we have over 2800 cases of domestic violence. The ministry and its partners have also put up mechanisms in addressing these issue among them was the creation of a hotline. The hotline was meant to enable people to report cases of domestic violence.”

Few of these cases, he went on, reached court level, saying: “This is where we have a challenge. People report cases to relevant authorities. However, when these cases are filed, it’s the same people that will come to you and say they want to withdraw their cases.”

Gender Based Violence (GBV), he continues, doesn’t only affect women, claiming that some men were also beaten by their wives. According to him, there are a lot of contributing factors that are related to GBV ranging from economic, cultural issues among others.

He informed that the government has launched one of the most progressive programmes dubbed Women Enterprise Fund designed to empower women.

Statistically, he said, LRR has the highest norm of wife-battering followed by the URR, adding: “The ministry in this aspect is also making tremendous efforts to completely stop the menace.”

In 2013, he said, the government enacted the Sexual Offence Act and the Domestic Violence Act, while the Children Act was amended in 2016 with a view to prohibiting child marriage, adding that the Women’s Act of 2020 was also amended in order to prohibit FGM.

“However, despite all these laws in place, we understand the fact that the issue is still happening. Again, we also want to commend the Ministry of Education for putting up measures in order to protect our young girls in schools.”

Janko Jawneh, the principal education officer for Region Six, said: “This training is important and it’s timely given the fact that gender issues directly or indirectly affect our schools daily and weekly and even yearly.”

“Therefore, this training is one of the most important sessions for you, the teachers and the cluster monitors. We therefore expect you people to transmit the knowledge gained from this training to your colleagues so that we could preserve the culture of gender sensitivity.”

“We know what’s happening in our schools and we know what’s happening in our communities and we know how Gender Based Violence (GBV) is affecting the fabrics of our families among others.” Sainey Cham, monitoring and evaluation officer for Women’s Bureau dwelled on the significance of the convergence, while urging the participants to live up to expectations and disseminate the knowledge gained to their colleagues in their various schools. 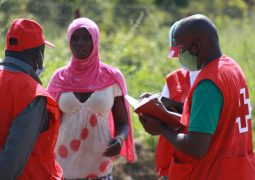