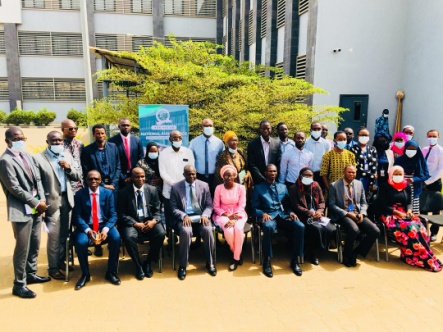 At the press briefing, Baba S. Drammeh, director of audit, Performance Unit, revealed that maternal health in The Gambia is one of the key components of equitable provision of quality health care to the citizenry which has attracted both national and international attention.

He added that in light of the above, the government of The Gambia has put in place a National Reproductive, Maternal, Child and Adolescent Health (RMNCAH) Policy 2017-2026 that would target all service delivery points of Emergency Obstetric Care (EmOC) to ensure that they are fully equipped.

According to Mr. Drammeh, EmOC comprises all the set of interventions that are used to treat complications that arise during pregnancy, childbirth and short after birth and as a result, the audit was motivated by a number of factors.

He pointed out that to get comprehensive, relevant and reliable information on emergency obstetric care in The Gambia, interviews were conducted, site visits and physical verification were made, key findings, functionality of EmOC centers and Midwifery workforce management were also done and discovered.
He explained that The Gambia meets the acceptable level of the CEmOC centers in number, but there are still gaps in the distribution of centers such as LRR and NBR who have no facility providing full sets of comprehensive EmOC functions.

The recommended number of functioning CEmOC centers per the WHO recommendations Mr. Drammeh said, is not met in the country. Also, blood transfusion service is not performed in 29% of the designated CEmOC centers due to the unavailability of blood bank facilities.

He further disclosed that there was a geographic variation in the extent of staffing shortfalls, noting that all three general hospitals in the country (Farafenni, Bansang and Bwiam) fell below the minimum staffing norms while the two in the urban areas (Bundung and Serrekunda) have gone above it.
When asked about the monitoring aspect of EmOC services in the country, Drammeh said there was no monitoring mechanism to ascertain the functionality of EmOC centers in the country as adequate data is not collected on the utilisation of the EmOC services to be able to determine if facilities have provided the signal functions in the last three months or not.

As regards the prevention of emergency cases, Mr. Drammeh said anaemia testing was carried out in all the health facilities visited, except in Foday Kunda because such laboratory diagnostic services are largely unavailable in Reproductive Child Health trekking stations which subjects antenatal mothers to travel long distance for appointments. 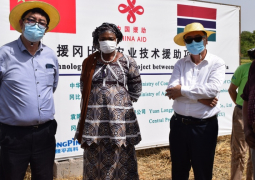 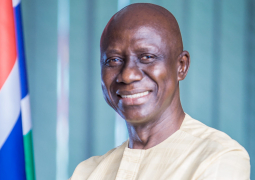 Petroleum House, Brusubi, 13th October, 2021 - The Gambia OIC Secretariat, in collaboration with the Ministry of Transport, Works, and Infrastructure and The Gambia Civil Aviation Authority, wishes to announce that AREZKI has been awarded the contract to build an ultra-modern Presidential/VVIP Lounge at the Banjul International Airport.