FTJ, who was speaking yesterday during a press conference at the party’s headquarters in Manjai, said: “Despite the pronouncement of Yahya Jammeh and, however, it has hurt us, let’s acknowledge that he has been our leader for the past 22 years. We can’t forget that because we recognised that he has transformed this country during the past 22 years. His pronouncements I believe is as a result of ill-advice from people that he believes love him.”

“I believe Jammeh should have called the national executive if there’s any misunderstanding. Therefore, there is a lot of speculation and insults over this period. I want all those non-APRC members to be disciplined. We as a party believe that in any democratic process there will be dissident voices and we believe in them because it is the beauty of democracy but it has limitations.”

The management and operations of APRC, he added , falls on the shoulders of his executives.

“To this end, we want to send a signal to the GANU party that it’s misleading and illegal for anybody to use the APRC for an alliance with anybody other than the NPP. I want to urge all political parties that we should all try to give exemplary leadership to the people of our party and Gambian people. We will not hesitate to take any legal or other step necessary to prevent anybody from taking us for granted.”

“From today, I am directing the party administrative secretary to write to the IGP and inter party committee in order to warn people to desist from using our names and emblems.

He further urged GANU and even for those that see themselves as GANU, to desist from using APRC symbols and emblems from their political gatherings.” 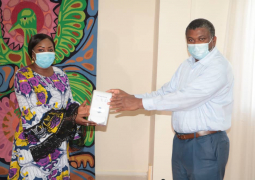 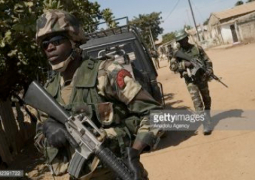